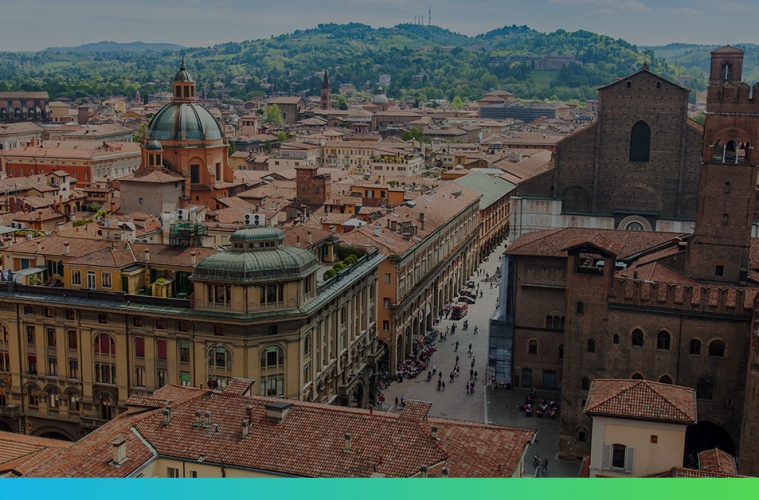 People choose to move to a different country for all sorts of reasons – to be closer to family members, enjoy better job prospects or enjoy study opportunities – but there’s another pretty big reason why many decide to emigrate: food.

For Australians that revel in the act of eating and are thinking of moving abroad, there’s a whole host of culinary meccas out there just begging to be enjoyed, but where are they? What edible opportunities do they offer immigrants who love to ingest?

Lyon, France
French cooking is the world’s most-lauded, and for good reason. Rich, thick, flavourful and demanding the best ingredients, a French meal is almost certain to get diners salivating, but while your local French restaurant might fit the bill perfectly well, a move to Lyon would be the perfect for anyone in love with this romantic cuisine.

Located in France’s centre, Lyon is the undisputed capital of French cookery. It’s surrounded by farms that grow some of the country’s best produce and features a huge selection of family-run restaurants that serve up all kinds of delectable takes on the country’s classic dishes. There’s loads to sample – so much so that only living there really cuts it!

Wine is also a large part of the Lyonnais experience. Regions including the Rhone Valley and Beaujolais border the area, meaning there’s always a fine vintage or cheap-but-respectable bottle to sip on. Cheap plonk doesn’t exist in Lyon, and if it did, there’d be no good reason to drink it!

London, UK
A truly cosmopolitan, global city, London is a melting pot for cuisines of all flavours. A large percentage of the British capital’s restaurants are world-renowned – Dinner by Heston Blumenthal, The Five Fields, Typing Room, The Ledbury – and offer all sorts of haute creations that are sure to delight the most refined palates, but it’s not just fine diners that are catered for.

There’s delightful Indian flavours at restaurants such as Gymkhana and Masala Zone, and exceptional Nigerian, Ghanaian, French-Ivorian, Ethiopian and Eritrean restaurants located throughout the capital, thanks partly to the city’s large African immigrant populations.

Whatever the cuisine, whenever you need a table, in London you’ll be able to find a tasty (and often relatively inexpensive) plate.

Some choices are harder than others. Especially when they're at #MaitreChoux! Photo: @errebiemme ? #eclairs #patisserie #visitlondon

Day 11 of our #capturelondon series and it's a cheesy grin in #boroughmarket, head down this weekend for delicious treats ? #london #visitlondon #lovelondon #igerslondon #timeoutlondon #borough #market #cheese #foodporn

Tokyo, Japan
Fresh, spicy, bursting with flavour; it’s easy to understand why many people are won over the first time they have a bite of chicken teriyaki or freshly-rolled sushi, but for true food lovers there’s only one place to enjoy Japanese cuisine – Tokyo.

The most-populous city in the world has a whopping 200 Michelin-starred restaurants (the most highly decorated in the world) offering everything from inexpensive soba soups, to delicious chargrilled meats, all the way to fresh fusion takes on cuisines from across the world.

The dining experience in Japan is a similar breath of fresh air, differing from the western norm but keeping the ideas of freshness and flavour in high regard. For those who appreciate the process and meaning behind mealtime etiquette, there’s loads to enjoy.

For instance, the Michelin-starred Sushi Yoshitake restaurant sees diners sit behind a counter two chopstick-lengths wide. In front of them is a master chef, who serves up sushi that is to be eaten within 30 seconds – now that’s fresh!

George Town, Malaysia
Access to great street food is a relatively recent phenomenon in western countries, but the king of eating on the fly has to be George Town, the capital of the Malaysian island of Penang. Malaysia’s geographical location has given it a wonderfully varied culinary heritage, with Asian cuisines from all over the super region being represented, fused and generally played with in this foodie capital.

Bologna, Italy
Italian cooking is almost certainly the world’s favourite, and for those that profess a love of all things pasta, pizza and Parma, nothing beats an extended stay in the northern Italian city of Bologna.

Known as “La Grassa” (The Fat One), the city is famed for its excellent sauces (bolognaise being the biggest), sausages, sandwiches, pizzerias and pasta dishes, with all of these being boosted enormously by the delightful selection of fresh and flavourful ingredients that can be found in the regions and cities surrounding Bologna. You can even learn to cook proper Italian food at the city’s many cookery

Everything is ready for tonight! Come to toast to the beginning of 2015 with us! Official hashtag #dallalto 😉 (Photo credits @cheffa86)

Great day for a stroll through the ancient market of Bologna "the quadrilatero" with @nmorata We are now discovering "the fat" side of Bologna. (Photo credits @cheffa86)

@ezgipolat spent her #thebrilliantweekend with us and she wrote about #Bologna #cityoffood "I'm always looking forward to eating this kind of food when I'm in Italy. Especially Mortadella and Parmigiano cheese in Bologna was divine." Enjoy the city of food as Ezgi did paying your weekend in Bologna with your social media content instead of money. Learn more and apply today on www.thebrilliantweekend.com

If you’re thinking about moving abroad, speaking to a currency specialist can help you plan your finances for everything from setting up your new life to managing the transfer of funds once you settle in.

Speak with a World First currency specialist on on 1800 744 777 or visit us at worldfirst.com.au

Disclaimer
These comments are the views and opinions of the author and should not be construed as advice. You should act using your own information and judgement.