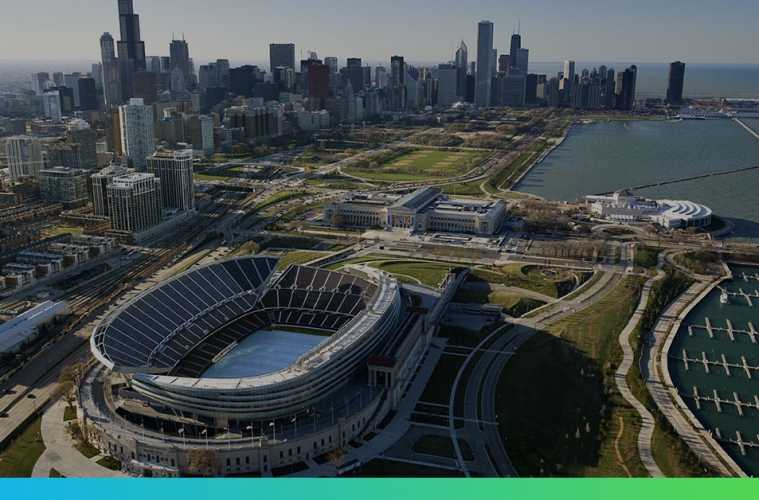 If you’re a sports fanatic, chances are you have a year-long subscription to a sports channel, a comfy sofa and a season ticket for your team of choice. All of these are perfectly fine additions to the lives of those that enjoy sport more than the norm, but for some it’s not enough – they have to go and live where the action is!

If you’re an Australian thinking of moving abroad and sports is like air to you, here are some of the world’s best cities to consider moving to for spectating all things athletic.

Manchester, UK
Love football (soccer)? There’s no better place to visit than Manchester, home to two of the most popular teams on the planet – Manchester United and Manchester City. The two teams are followed by hundreds of millions of people across the world, but if you want to see them up close and personal, this city is the place to do so.

It’s understandable, then, that the city’s population is really into its sport, and whenever there’s a top fixture the fans jump in head first. Rugby, cricket, cycling and athletics regularly take place in the city, while other sporty cities such as Liverpool and Leeds are a short train ride away.

Stunning capture of #Manchester, with the iconic Beetham Tower in the background, by @davechirat #bestofmcr

A photo posted by Visit Manchester Official (@visitmanchester) on Jul 5, 2016 at 6:13am PDT

Chicago, USA
If you’re a lover of American sports, be it football, baseball, basketball, hockey or otherwise, Chicago is sure to set your passions ablaze. The windy city has great teams, brilliant sports bars and die-hard groups of fans, making it an electrifying place to live.

You’ve got the Chicago Cubs and the Chicago White Sox if you’re into Major League Baseball, Stanley Cup-winning hockey supremos the Chicago Blackhawks, American football honchos the Chicago Bears, and for basketball, the Chicago Bulls. While only some of the teams are first-rate, all of them are received exceptionally well by their fans, and there’s a lot of love for the many past successes the city gave birth to.

I’m @ekpendds and I'm #TakingOverChooseChicago's Instagram. Ready for some football? Soldier Field is the home of the Chicago Bears (Da Bears!). Outside of football, this 92-year old stadium is also the venue to some pretty cool concerts. Grab yourself a ticket if you are ever in town for some fun loving action! #mychicagopix

This day in #Bulls history: The #Bulls signed first round draft pick #MichaelJordan. The rest is history! 09.12.84

Rio de Janeiro, Brazil
The stage for both the 2014 World Cup and this year’s Olympic Games, Rio has a long history as a sporting hotspot in a country that’s obsessed with sport. Basketball, volleyball and MMA are all very popular sports that Brazil regularly tops the leader boards in, and you’ll be able to see games of footvolley and capoeira as well – the country’s home-grown games. Formula One lovers can also get their fill – Sao Paulo is a short 1hr flight away.

London, UK
The city of London is a one-of-a-kind when it comes to sport, given that the city has hosted the summer Olympics a grand total of three times and features some of the world’s best sports teams, especially when it comes down to football.

If you’re not catching a game featuring Chelsea, Arsenal, Palace or West Ham – you get the point –then you can check out the England stadium at Wembley and discover more about the country’s amazing football past, explore the site of the London 2012 Olympic Games, or visit the home of tennis at Wimbledon. All of this, connected by one of the best underground transport networks in the world, and serviced by great restaurants, sports bars and more!

New York City, USA
With sports teams including the Yankees, Mets, Knicks, Nets, Jets and Giants, those who go crazy for American sports will love the Big Apple. New York City has a long and star-studded history when it comes to sport, making this a great place to live, even if the destination’s teams aren’t currently doing well (although they usually are!).

The city’s also home to a host of soccer, hockey, rugby, cricket and lacrosse teams; is well-represented in terms of running, tennis and horse racing; and if you want to get involved with the sports themselves, there are loads of amateur teams alongside big events such as the world-famous New York City Marathon.

If you’re thinking about moving abroad, speaking to a currency specialist can help you plan your finances for everything from setting up your new life to managing the transfer of funds once you settle in.

Speak with a World First currency specialist on on 1800 744 777 or visit us at worldfirst.com.au