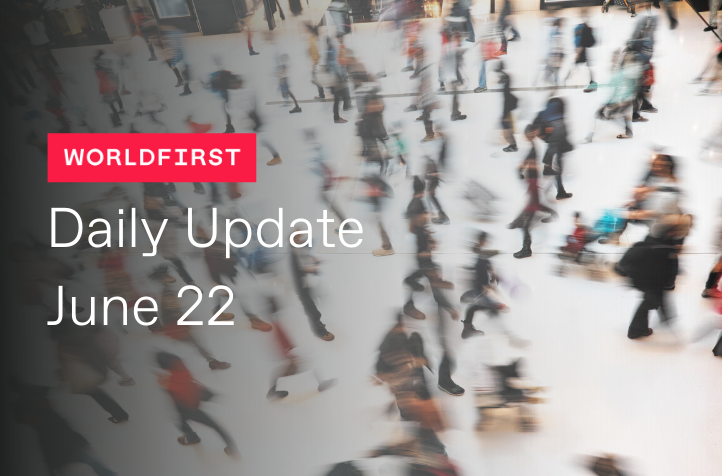 The UK trading session on Friday ending with an improvement experienced in Retail Sales. The MoM figure showed the highest increase highlighting the relative improvement the UK retail industry has experienced. Overall the UK economy remains weak and if these figures were compared to pre-COVID levels the contrast would be stark.

This week, PMI figures will be released on Tuesday and they will be the sole impactful economic data released. No forecast is currently available but as PMI’s are a leading indicator they have the ability to impact the market. Currently, the AUDGBP is trading at 0.5528 (1.8089).

The Australian dollar is starting the week under anti-risk sentiment pressure but has managed to hold just above the 0.68 level against the USD. Rising COVID-19 cases from around the world have been influencing the risk-sensitive Aussie dollar.

Today, all eyes will be on RBA Governor Philip Lowe’s speech this morning to talk about the Global Economy and COVID-19. The RBA has shown previously they are ready to act when necessary and traders will be listening in to Governor Lowe’s comments to find any signals of this. For the rest of the week, we have CBA’s Manufacturing PMI for June. New Zealand will release the RBNZ Interest Rate decision expected to hold at 0.25% this Wednesday, Trade Balance figures for May and Roy Morgan’s consumer confidence this June.

The Dollar closed Friday slightly higher as investors fear a 2nd wave of infections that could halt a global reopening. Fed Chairman Jerome Powell maintained that the Fed’s stance on the economy was one of support and that the impact of the pandemic has exposed weaknesses in many industries that were already suffering.

The week ahead will give us the Chicago Fed National Activity Index scheduled today. Tomorrow we see June’s Initial Manufacturing, Services and Composite PMIs. Wednesday sees Fed Members Evans and Bullard speak. Thursday we see Q1 Final GDP print and Durable Goods Orders for May and we end the week with Personal Spending and Income for May.

Looking ahead this week we have some larger releases out for Germany which will be accompanied by some smaller Europe wide releases. European data releases begin on Tuesday with manufacturing PMI’s out for France, Germany and Europe for June which are all expected to improve. Following this, Wednesday will see the German business climate index which is forecast to rise to 85 from 79.5. The week then comes to an early close for Europe with the last release being German consumer climate and France job Seekers total out on Thursday.

With improving data coming out of Europe it will be interesting to see if the EUR will find some support or if fears for a second wave of COVID-19 will pressure the EUR. Currently, the AUDEUR pair is trading around 0.6106 (1.6377) 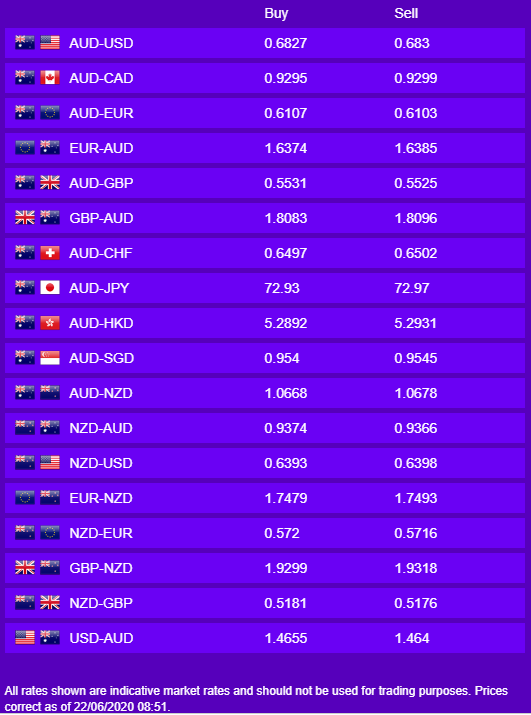