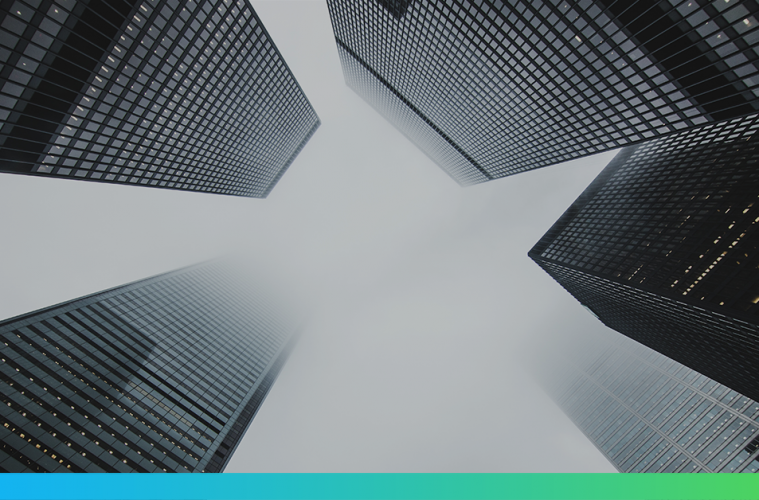 Welcome to World First’s Monthly Currency Update, which will take a look back at the key trends of August and also look ahead at important events shaping currency markets in September.

AUD: At the mercy of the Fed

The Key Trends
To put the relative strength of the Australian dollar in perspective over the last few months, by mid-August it had made a weekly gain in 10 of the past 11 weeks. This trend was supported by looking at iron ore which has had a stellar 2016. This upward now appears to have stalled as the Aussie is showing the first signs of decline against the greenback.
The other trend came from the Federal Reserve, who as they like to be, were careful in clarifying that a rate hike would be data dependent. Yet all is looking rosy with their data, US consumer confidence is up and non-farms have now smashed expectations two months in a row. The Reserve Bank of Australia cut interest rates to 1.5% in an attempt to curb the strength of the Australian Dollar and shore up inflation to the desired 2-3% target range. Whether this will work or not will be decided in the coming months as the effects of the cut become known.

What’s Next?
What is interesting to note, and also coincides with predictions on where the Australian Dollar is heading into 2017, is that most analysts expect that the ‘hot commodity’ of 2016 will diminish in strength as the summer months’ approach. Data is the key for the US rate hike and after the Jackson Hole Symposium many are placing their bets on September for the US rate hike. Looking over September, watch out for consumer confidence, retail sales and inflation figures which will ultimately decide whether or not Yellen will spread her hawkish wings and pull the trigger.

Month in Review
Relative to the Australian Dollar, it has been a month of broad based USD weakness. The US dollar began its tumble as July’s consumer inflation and building permits results came in slightly below analyst expectations, which gave the Greenbacks’ peers some steam. The US dollar managed to rebound off the back of speeches by the Federal Reserve where Chair Yellen, Vice Chair Fischer and Member Dudley all took on a more hawkish tone, in saying that a September rate hike was possible. Investors welcomed this news as the month progressed and the US dollar managed to claw back some gains and markets are now pricing a rate hike to occur before the end of the year and levels above 50%.

The Key Trends
The US economy and the strength of their dollar outside of interest rate movements comes from data, Fed speeches and the number of investors seeking a safe haven. This month the Greenback has moved off the back of data and speeches. The Jackson Hole Symposium was the event of the month for the US Dollar. At the event Fed Chair Yellen was slightly hawkish in regards to the near term possibilities for a potential US interest rate rise, yet stuck to her dovish ways when remarking on the long term outlook for US monetary policy. Yellen noted that she believed “the case for an increase in the federal funds rate has strengthened in recent months.” She was careful, however, to comment that such “decisions always depend on the degree to which incoming data continues to confirm the Committee’s outlook.”

What’s Next?
Financial markets and the US Dollar have now entered a holding pattern before the release of August US non-farm payrolls on Friday. The report is widely considered to be one of the most important month-on-month data releases globally and has now taken on added importance due to US interest rate expectations following Yellen’s aforementioned comments. An interesting take on where the US dollar is going by several prominent investors is that it could be heading for bubble levels as other investors seek out safe haven assets. This is because as investors seek out a safe haven, they will purchase more US dollars and US assets, which would raise the currency’s value and cause its pairs to drop. Over the long term this could inflate the US Dollar to bubble levels, because as some investors believe, it is not a safe haven.

GBP: BoE not forecasting recession, but significant hit to growth

Month in Review
With cuts in interest rates to fresh 322 year lows and a slew of new policy measures, August saw the Bank of England take a step forward in attempting to make Brexit work for the UK. While its first set of forecasts post-Brexit did not see the UK economy falling into a recession, they have sufficiently moved to loosen policy by more than markets had initially thought.

There had been some doubts that the data picture may not have given the Bank enough insight for them to begin a policy of stimulus; these were wrong and the combination of interest rate cuts, quantitative easing, including a corporate bond buying program, and a new funding scheme for banks make this a policy toolkit that is set to dig the UK economy out of any mire it may fall into as quickly as possible.

While GDP has been revised lower, inflation has naturally been revised higher on the basis of a weaker sterling. If our calls of GBPUSD coming lower to 1.22 by the end of the year are correct, then inflation will spike above 2.5% next year but calendar effects should allow the Bank of England to keep its foot on the stimulus pedals.

The Key Trends
GBP was supported by a number of things and that strength was enough to push the pound to a 1 month high against the USD. Initially the July Construction PMI led the pound higher as it outperformed market expectations; though it is difficult to say that it performed better than overall estimates given its fall to a 7 year low and the long lead time in construction. Job postponements are due to continue and will almost certainly start negatively impacting the construction sector over Q4.

What’s Next?
This month’s unemployment data is unlikely to show us the true cost of the Brexit. A slowing of the business cycle does not necessarily lead to job losses and if it does, these job losses are far from immediate.

It is difficult to fire people in the UK and businesses are not going to kneejerk their workforce given we have very little clarity over the economic and political outlook for the UK corporate sector.
The UK’s recovery since the Global Financial Crisis has been one of consumption with savings ratios depressed and consumer credit expanding; there is little further to push this bubble however in a landscape where wages are likely to remain depressed and confidence low.

EUR: What Brexit? Draghi looks to the Future

Month in Review
The Common market continued to show how uniquely ‘uncommon’ it really is, when Germany posted a strong GDP year-on-year growth of 1.8%, compared to its warmer cousin Spain’s 0.8% number. There is hope, however, that the oil tanker that is the Mediterranean economies of Spain and Italy are almost fully turned around. Consumer Spending in Spain grew 3.6% year on year as people who kept their jobs through the post-GFC depression, which finished in 2013, starting to enjoy their summer holidays and buy that extra paella.

Key Trends
The general mood of the 19-nation Eurozone at the moment is one of positivity. Economists at JPMorgan Chase & Co and Danske Bank A/S recently pushed back projections for further quantitative easing, which represents a feeling the mechanics of Monetary Policy are working. The most important measure of that policy is inflation. European inflation has been well below the ECB’s target since 2013, and even recent recovery (0.2%) is nowhere near the 2-3 % range required.

What’s Next?
Mario Draghi the ECB president will present his policy expectations at the Governing Council’s next meeting on September 8. German inflation on Tuesday grew by 0% month on month to remain at a low 0.5%, consumer spending however came in at 1.7% versus 0.5% expected and 0.6% previous. This suggests that inflationary pressures could be on their way, with the French numbers expected tonight.
No doubt Draghi and his associates will keep a close eye on inflation to see how recent Euro recoveries are affecting prices and thus their own policies.

Month in Review
As widely expected, the RBNZ cut the OCR by 25bps, and also lowered its 90-day bank bill outlook to a low of 1.8% by mid-2017 (implying an OCR of 1.75%, if not slightly lower). In addition, the RBNZ retained a firm easing bias, stating “our current projections and assumptions indicate that further policy easing will be required.” Financial markets had been salivating for an indication of an even greater degree of easing, and were left underwhelmed.

The Key Trends
Although the RBNZ is still concerned about housing risks, it is also now more concerned about the downside inflation risks, particularly if inflation expectations were to fall further. The NZD Trade Weighted Index assumes the NZD will gently depreciate from around 76 (desired level is 71/70), and there is a risk that the RBNZ will have to ease to a greater extent if the NZD doesn’t follow that path. As in the recent Economic Assessment, the NZD was called out as making it difficult for the RBNZ to meet its inflation objective and in need of depreciation.

What’s Next?
Market consensus is that the RBNZ will cut once further, in November, when the RBNZ has received the next set of key economic data, including key long-term inflation expectations, and has comprehensively redone its forecasts. Weaker than-expected data or persistent NZD strength could conceivably bring the easing forward to September. In addition, the risks remain skewed to a lower OCR than 1.75%, particularly if the NZD persists above the RBNZ’s (new) assumed level or inflation expectations weaken. Another factor that will be putting selling pressure on the Kiwi is the inevitable U.S rate rise, which is due to be announced on September 21. The recent speech at Jackson Hole from Yellen suggested that a 0.25% rise is very much in play. Key indicators will be the labour market health and if the US jobs from August shows an expansion of greater than 180,000, the chance of a rise will be well over 50%.