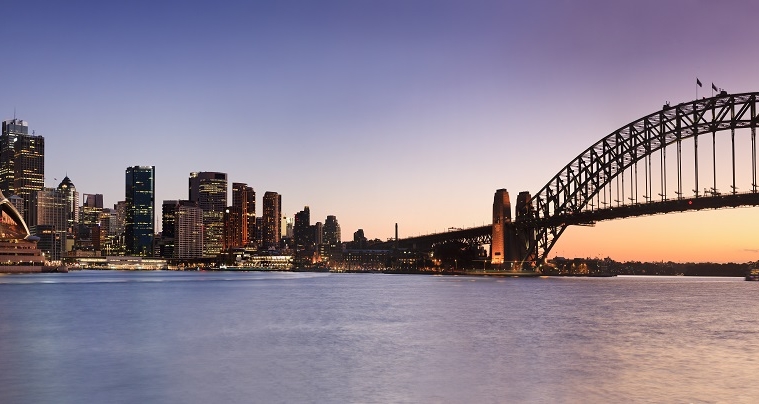 One Way Street for Aussie in November

After a very promising October, where the Aussie was a one-way street higher, November was effectively the opposite with the Aussie topping out at the start of the month and bottoming at the end. While it was not a data-heavy month for the Aussie, there were a few key releases which weighed on the rate. The Retail Sales figure missed early on in the month and it set the tone.

While the RBA held rates on hold at 75 basis points, later commentary from the head of the RBA, Dr Philip Lowe, suggested the RBA is ready to cut further if necessary and may also consider Quantitative Easing. This was compounded by the labour market which shows the economy shed 19,000 jobs in the month of October.

Comparatively, on the other side of the Pacific, it was a much more data-heavy month for the US with a mixed bag of results. The employment report was solid early on with the US economy adding more jobs than expected and the unemployment rate held steady at a cycle low of 3.6%.

While the manufacturing sector dipped further into contraction, the services sector beat expectations and expanded more than predicted. Fed chair Powell spoke as well but unfortunately did not give the market any new information.

To round off the month, the Core Durable Goods report beat handily and the second revision to Q3 GDP showed the US economy expanded at a rate of 2.1%

Therefore, on balance, the data was relatively better in the US which explains, at least partially, the decline in the Aussie.

From the graph above, the Aussie retraced about 65% of its advance in October. It’s recovered well to start off the month of December, with a re-test of the short term high at 0.6926 looking like a real possibility.

Locking in the exchange rate at the start of November would have been a prescient move as the rate offered was far above the spot rate at the end of the month.

For importers, the behaviour of the Aussie around the resistance level of 0.6926 (red line on the graph) will be key. A strong break above may indicate higher levels to come while a test and subsequent fall may provide an opportunity to lock in the rate via a forward contract to avoid further depreciation.

For participants with a shorter timeframe, a level just below this resistance point may be something to target via a firm order.

Conversely, the Aussie has strong support at 0.6680 (green line on the graph). A breakthrough this level may indicate lower levels to come. Therefore, a stop-loss just below this level may be a prudent decision to protect against further downside.

Below we include an economic calendar for the month of December. We highlight the key events to markdown. Ask your dealer how these releases will have a short-term impact on the rate so you can take advantage of any spikes if the data is better/worse than expected. 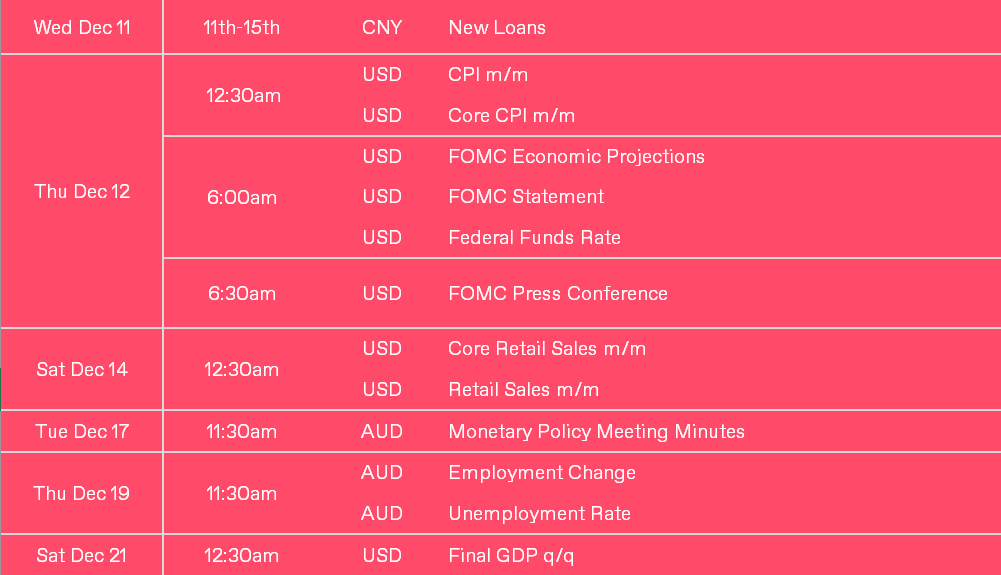