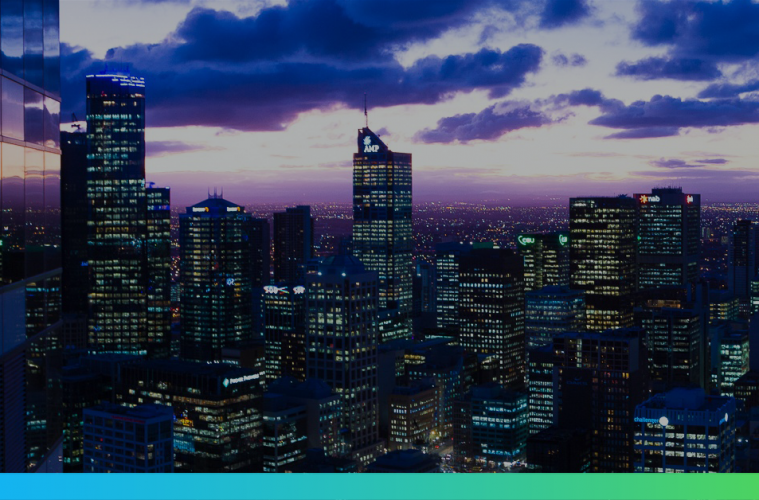 Welcome to World First’s Monthly Currency Update, which will look back at the key trends of October and also look ahead to important events shaping currency markets in November.

AUD: Inflation, oil and the US election

Month in Review
The month began with Dr Philip Lowe running his first RBA meeting in a rather dovish fashion. Rates were left unchanged but, it was surprising to see that inflation was not mentioned in the accompanying statement.

In terms of our currency it was beholden to the release of Australian Q3 Inflation figures, global commodities and the US Federal Reserve’s whims. The former two boosted the dollar, while the latter caused it to slightly dip.

Regarding the Fed, their latest meeting revealed that several members thought it was the right time to raise rates.

Oil and iron ore enjoyed brilliant months, reaching highs based on the possibility of production cuts in oil and increased demand in iron ore.  Meanwhile with regard to inflation, while the year on year number fell, the quarter figure outshone itself.

The Key Trends
Headline inflation beat expectations rising 0.7% for the quarter, with the main reason behind the rise being increased fruit prices as well as higher costs for international travel and accommodation.

Underlying inflation, which is of greater interest to the financial and currency markets due to the effect it has on interest rate movements, came in at 1.5%. This was the lowest year on year increase on record. Yet this is not bad news at all, mainly because inflation is now in line with the RBAs forecasts and consequently, a rate cut in the near term is highly unlikely.

Crude oil surged over the month, which this can be put down to the increased likelihood that many of the major oil producers are willing to strike a deal concerning output. The Organisation of Petroleum Exporting Countries (OPEC) met in September and agreed to discussing capping output when the formal OPEC meeting is held in November.

Both of these factors led to the Australian dollar enjoying quite an impressive month, testing high resistance levels.

What’s Next?
The US election happens very shortly. While a Clinton victory is now being priced in as a near certainty – a surprise Trump win, no pun intended, would no doubt cause exceptional volatility and a dip in many currencies. The markets won’t be expecting too much from the RBA when they meet due to the possibility of a rate hike by the Fed in December. This is because the RBA will be looking to see the effect of any rate hike on the Australian dollar. Our dollar’s fate will also be closely tied to the November OPEC meeting, where if we don’t see a production cut, we will more than likely see a large decline in the Aussie.

USD: The Eye of the Storm

Month in review
The USD enjoyed a continued rise through October, hitting a 7 month high on a trade-weighted basis on the back of a firming expectation that the Fed will raise rates in December, accelerated by a sell-off in other major currencies (namely EUR & CNY).

The Presidential debates looked to work in favour of a Clinton victory, which has provided stability to markets for now, though the latest developments in relation to the Clinton email scandal prove her victory will not be without a battle. Nevertheless, the result from the polls on November 8 (and their magnitude) will disturb markets.

The Key Trends
‘Safe-haven’ investment has returned to the dollar given comparable currency performance, likelihood of a December rate hike and commodity support, though this status won’t be confirmed until after the Presidential election.

Crude Oil has had quite the month on the back of OPEC discussions which applied pressure to the USD in early October, though reversed towards the back end of the month as Iraq looks to be excluded from the newly proposed deal limits.

What’s Next
As much as the election is less than a week away and we have our own ideas of what is likely to happen plus what the currency reaction is likely to be, investors are happy to continue betting on a volatile December largely due to potential interest rate hikes in Washington by the Fed and more QE and other easing from the ECB out of Frankfurt. Throw in possible cuts by the Bank of England, additional stimulus by the People’s Bank of China or possibly the Bank of Japan, and you can easily build a picture of weakness against the bourgeoning greenback.

Month in Review
Many expectations for a post-Brexit low of 1.10 in GBPEUR and 1.22 in GBPUSD for the year were hit this month, and that naturally gives us pause to start revising them lower. It would be surprising if the UK didn’t bounce in the coming days given how much panic and outright speculation is in the price, although there are almost no reasons to buy the pound save the fact that it is ‘oversold’.

Economists raised the possibility of a ‘sterling crisis’ pre-Brexit vote; a crisis is defined as a fall of more than 15% in a year. GBP on a trade weighted basis was down 18% YTD as of end-October.

For now, issues such as interest rates, growth, consumer sentiment and other cyclical factors are being put aside as the UK focusses on the deeper, more structural issues such as the twin current and fiscal deficits and the relationship that it will eventually hold with the Single Market.

The Key Trends
The main piece of UK news this month is the latest run of inflation data that is set to carry higher to as much as 0.9% on the year. That would be the highest since November 2014, when oil prices were still up near $90 a barrel. A year ago, oil prices were around 20% cheaper than they are now and therefore we have base effects to take into account, but both consumer and producer price inflation measures seem to be showing the effects of the weaker pound.

What’s Next?
Inflation expectations for the medium term – 5 years away – have surged in recent weeks and are currently 3.4%; anything that starts with a 4 and you can expect calls for the Bank of England to hike rates will increase.

Further inflation pressures have been seen in UK debt markets. The yield on UK government debt due in 10 years is currently 1.21% – the highest since the vote with investors unhappy to hold on to these assets. Now this is hardly a play on the inability for the UK government to repay these bonds – we are not talking about the price of credit insurance soaring – however more of a bet that inflation in the UK will erode the value of UK assets and their dividends and yields in the coming years. We will never stop talking about inflation it seems.

Month in Review
October saw Mario Draghi shed some light on the EU, well sort of…

Mr. Draghi wanted to address what he believes is the more poignant issue facing the EU today. With low interest rates across the board for the major players in the EU, as well as the reduction not just in nominal yields, but also the fall in real yields, Draghi is highlighting the overall ineffectiveness of current European monetary policy.

Additionally, the “global saving glut” (as Draghi calls it) means that we are seeing an increase in the price of ‘safe’ assets, and less spending by Europeans within their own economies.

With respect to the rest of the world, the Comprehensive Economic and Trade Agreement (CETA) breakdown has caught the attention of Brexit sceptics and what this means for the Eurozone. With all the attention on the U.K, the EU’s suspension of talks with Canada halters the breakthrough for the Eurozone/Canada trade agreement by regional leaders in Belgium.

Much to the disdain of the rest of the 27 EU member countries who have already given the go-ahead, Belgium is holding up proceedings.

This is, of course, a vital deal for the EU with the impending Brexit move to begin next March, with Theresa May showing no signs of shying away from launching Article 50.

Key Trends
With strong GDP results in September, and a fairly lacklustre October, traders have been quiet on the floor.

The key this month will be trying to tell fact from fiction, given Draghi’s tight lips and whether or not to trust his cause for concern.

At present, the EU is tracking along as expected, but the potential trade agreement with Canada could see a boost to drive home strong GDP and currency valuation results by years-end. If Draghi is correct, then this will be a much needed boost if end-of-year spending at Christmas is marred by the savings glut.

What’s Next?
Unlike the U.K., the EU have the unique position of spreading the risk among a multitude of member nations.

Whilst one or two poor GDP or inflation results can drag the rest down, so too can positive results raise the others up.

Volatility should continue until next March, but the EU with its multitudinous contributors and potential trade agreements looks better equipped to deal with the storm.

The markets are never as forgiving however, and volatility in this sphere should remain so long as Brexit stays the course.

Month in Review
Over recent weeks the Kiwi dollar foreign exchange market has driven itself into one big impasse. The market clearly does not want to buy the NZ dollar at such lofty levels when further NZ interest rate cuts are highly likely. The lack of substantive buying above 0.7300 NZD/USD has developed a well-defined cap on the trading range.

On the other hand, the speculative fraternity are not yet prepared to sell the Kiwi down aggressively as there are no real alternative currency investments offering a 2% running yield return with the possibility of FX gains on some appreciation. Just what the trigger or catalyst will be to shock these holders of Kiwi dollars into selling out is difficult to ascertain at this point.

The Key Trends
Higher construction inflation in Auckland helped push inflation slightly above economists’ forecasts in the September quarter, but the surprise was not enough to shift expectations for one more cut in the Official Cash Rate on November 10. It has, however, revived debate about whether the Reserve Bank will have to cut again to 1.5% early in 2017. Fonterra also increased its 2016/17 forecast Farm gate Milk Price by 50 cents to $5.25 per kgMS on the back of the recent global price gains.

What’s Next?
All eyes will be on the US presidential election next month, with the view that a Hillary win will be “business as usual”. If however Trump secures the presidency, there will be much uncertainty to what this could mean for the future of the US economy