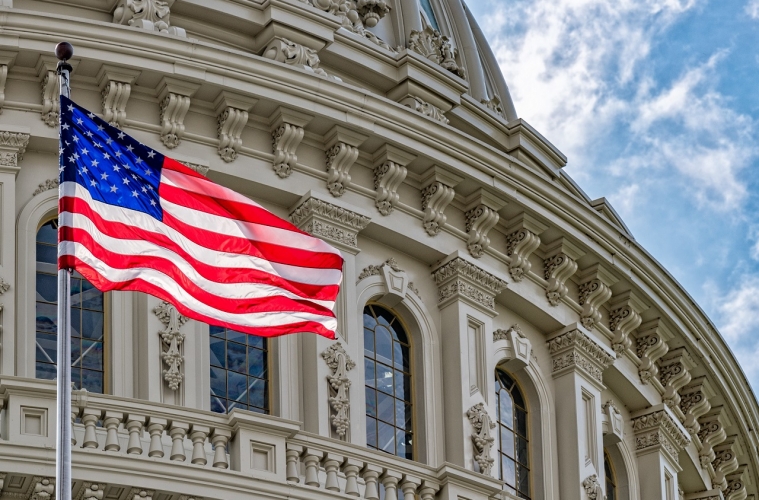 The WorldFirst Team take a look at the key trends of April and consider the many diverse events set to shape global currency markets in May.

AUD – Another month, another new low

The Aussie dollar spent the first half of April gaining back some of the losses in March, hovering around the 78c mark, before falling over 2.5c against the USD in the second half of the month.

Mid-month we briefly rose above 78c, as the RBA delivered the monthly minutes on April 18th.

Overall, the statement was supportive of a higher Australian dollar – although it may not come for some time yet. The cash rate has stood at a record low of 1.5% since August 2016, and financial markets are expecting this to remain the case until mid-2019.

Governor, Philip Lowe, stated, “In current circumstances, members agreed that it was more likely that the next move in the cash rate would be up, rather than down”.

By the very next day, the AUD had started its decline, falling three quarters of a cent against the USD after the employment change failed to live up to expectations. Only 4.9K Australians found employment in March – clearly missing the mark of 20.3K – before the AUD lost further ground against the USD, mostly due to US strength in the form of bond yields.

President Trump has stated his meeting with Kim Jong Un could happen in the coming weeks, with this lower global risk being beneficial for the AUD. Australia has appeared to sit within the ‘exemption zone’ of President Trump’s trade tariffs, however, the confirmation of whether or not we are excluded is likely to have an effect. Any change in plans is likely to add further downward pressure to the AUD.

Every month this year has brought a fresh batch of lows for 2018. Unless we see a hawkish tone from the RBA, or a strong batch of data from the quarterly wage price index or the monthly unemployment rate, the strength of the AUD is likely to continue to be at the mercy of the other major currencies.

EUR – Draghi cutting the Euro a bit of slack

The headline news for the single currency in April came in the form of the European Central Banks policy announcement and press conference which followed. Although interest rates remained unchanged, it was the overall tone which struck a chord in the ensuing press conference, and this was something of a relief for the Euro which had been under relatively high pressure leading up to the event.

The ECB confirmed that they will keep interest rates at present levels, well past the ending of the asset purchase program, currently tipped to conclude in late 2018. This also suggests the ECB remains on track to raise interest rates from mid-2019 onwards.

The crux of the event was, however, always going to be on the tone struck by President Mario Draghi during the press conference. Draghi acknowledged data “points to some moderation, while remaining consistent with a solid and broad-based expansion of the Euro area economy.”

Developments in the exchange rate, with regards to inflation, will continue to be highly scrutinised. Draghi, however, has confirmed that the Euro is not at the current time a pressing issue, suggesting it drew little attention in the meeting. No doubt the late slippage in the value of the Euro last month is something the ECB has welcomed.

In light of the above, it appears that President Draghi will maintain a stimulus level required to help push inflation higher over the medium-term. Importantly, Draghi appears to be sticking to the expectation that the economic recovery will extend, despite recent soft data. That being said, May 2nd will see a flurry of data out of the Eurozone, including Purchasing Managers Index (PMI), unemployment rate and GDP.

For the month of April, the AUD/NZD pair is up 0.51% – one of the few currencies the Aussie dollar has gained against.

On April 4, Australia’s retail sale figures were better than expected, coming in at 0.6 as opposed to the estimate of 0.3. There were a few down days after this, however, it would eventually help shifting the momentum for the Aussie dollar against the Kiwi in the weeks to follow. On the 4th we also had NZD GDT price index, which is the change in the average price of dairy products sold at auction. This came in at -0.6 compared to last month, and is an important indicator for the New Zealand dollar as it effectively demonstrates the nation’s trade balance.

On April 10, we had the NZIER Business Confidence Survey, which features a broad spectrum of the NZ business landscape. Keeping in mind above 0 signals optimism, the survey came in at -11, which is the first time we have had quarter on quarter negative results since 2009 – showing there is a strong chance of a turning tide in New Zealand’s economy. In Australia, on the same day, NAB released its business confidence survey, which came out at 7.

The final factor to turn the momentum in favour of the Aussie against the Kiwi, was RBNZ Assistant Governor McDermott’s speech, on flexible inflation targeting. There were no statements about exactly when this would happen, or how it would work. The lack of understanding was very significant for the Kiwi dollar as traders quickly started selling off the pair. April 19 was the strongest day for the Aussie, against the Kiwi, which was despite New Zealand’s CPI figures coming in better than expected and Australian having softer than expected jobs data.

From a long-term perspective, the Aussie is still weak against the Kiwi with the average of the last 5 years being 1.0838. The 1.06 / 1.05 level has been tough support for the pair to crack on the downside.

New Zealand’s employment data is released on May 2, and on May 7 we get Australia’s budget release. Finally, on the 10th, we get the RBNZ’s monetary policy statement along with the official cash rate – all items which have the power to move markets significantly. Momentum is currently with the Australian dollar, so as it stands there is more probability to the upside for the AUD/NZD pair.

Connect with Clay Cook on LinkedIn

Sterling continues to dominate the major currency basket, with another solid performance for the month of April. Support came in for sterling as high 1.8455 on the 17th of April against the Aussie Dollar.

The significance to this is that a reading below 50 indicates compression in the sector. This demonstrates the clear impact Brexit is having on the UK economy in my opinion and something investors will be paying close attention to in the short to medium term.

On a more positive note, inflation showed some signs of easing during April, coming in lower at 2.5% YOY, against a market consensus of 2.7%. Although the figure is still way above the Bank of England’s two percent target range, the reduction should give some positive news for investors.

Labour market conditions continue to improve, with the unemployment rate ticking down to 4.2%. The gap between average earnings (2.8% growth for the month of April) and inflation, however, continues to be further apart than market participants would like.

Finally, on the growth side, preliminary GDP figures for the first quarter of the year remain at a sluggish 0.1% against a market consensus of 0.4% for the quarter.

Looking to May, the general consensus for markets ahead of this month’s BOE meeting is for no change on the key interest rate.

Although we did see a reduction in inflation, the squeeze on the average household continues to be evident, and the gap between wage growth and inflation wider than the bank would like.

Comments from Mark Carney post the rate decision will be more important and play a key role in the bank’s forecast for the year. The data released so far this month has provided little confidence that the UK is fully operational post the Brexit decision, however, the UK economy is slowly getting back on track.

My view remains bullish on sterling for the long term outlook, given there is potential for three rate hikes by the close of 2018. If the Bank can curb the current inflation surge and continue to expand growth in all sectors, 1.90 in my opinion, is not that far away.

On the data front this month, manufacturing PMI figures released yesterday came in just below expectations (54.9) at 53.9, however, it is important to emphasise this is growth.

Construction figures released today will be something watched closely by investors, expected to come in just above 50.9. As mentioned earlier, no move is expected on the current 0.5 basis point interest rate. Finally, CPI inflation figures will be released on the 26th of May which should give a clearer picture as to whether the current stimulus is having a positive effect on the UK economy.

USD – An easing of tensions

Easing geopolitical tensions and tariffs saw the USD have its best month in 2018.

The USDX (US dollar index) rose 2.77%. It was up a massive 4% against the Swedish Krona, and 3% against the Swiss franc. The only G10 currency the USD dollar fell against was the Canadian dollar, falling off 0.55% during the course of the month.

US data and the May FOMC are unlikely to deter the USD’s rally, as significant fiscal stimulus should keep the economy above-trend for the next two years. The FOMC statement should reiterate the committee’s constructive view on the outlook, as fiscal stimulus is expected to support activity in the coming year, although the soft patch of data in Q1 could bring some modest restraint in its assessment. The market is already pricing a rate hike in June and this week’s meeting should do little to alter market expectations.

Disclaimer:
These comments are the views and opinions of the author and should not be construed as advice. You should act using your own information and judgement.
Whilst information has been obtained from and is based upon multiple sources the author believes to be reliable, we do not guarantee its accuracy and it may be incomplete or condensed. Melbourne (2)-min
All opinions and estimates constitute the author’s own judgement as of the date of the briefing and are subject to change without notice. M1  M2 S3
Please consider FX derivatives are high risk, provide volatile returns and do not guarantee profits.