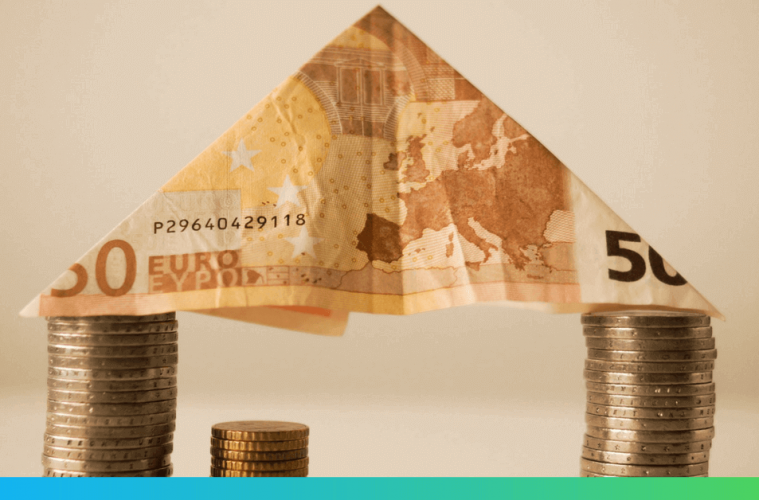 World First takes a look at the key trends of May  and considers the many diverse events set to shape global currency markets in June.

Month in Review
In a month dominated by Oil, international politics and ongoing housing concerns, the Australian dollar demonstrated its resilience. The RBA left rates on hold and the Aussie reacted accordingly by doing nothing. The Australian did fall during the opening stages of May thanks to the Federal Reserve, despite not moving rates, noting that they were not concerned about the recent slowdown in the US economy. Emmanuel Macron won the French election and as a result the Aussie suffered against the euro, which was boosted by the possibility of a stronger and more economically sound EU.

The big movers of the Australian dollar were mainly oil and iron ore. The latter commodity fell consistently throughout May due to fears of oversupply and large stockpiles in China which saw the price fall below $60 a tonne. Oil moved on the back of murmurings concerning a plan to extend the production cut implemented by OPEC for another nine months. In the days leading up to the deal the Australian dollar strengthened considerably; yet once the deal came through markets were disappointed due to the predictability of the deal and the lack of future cuts presented. As a result the Australian dollar fell and remains under pressure.

What’s Next?
As we progress into the mid-year month the RBA has demonstrated that they are now focusing on the purview that Governor Lowe set out when he was appointed – the management of financial stability and the risk the housing market poses. This was shown by markets now almost completely discounting the possibility of a rate hike in the months to come due to the impact a rate hike would have on indebted households. This belief stems from the fact that interest servicing cost alone accounts for 40-60% of indebted household’s disposable income. Therefore a hike by 1% would have a 12-31% impact on this disposable income for those houses, and the Aussie dollar is unlikely to moving higher off the back of interest rates hikes anytime soon. It will however be reliant upon the strength of the US dollar index and Federal Reserve noises for its performance against the greenback and the strength of consolidation and rejection of nationalism in the EU, for its ability to improve against the euro.

Month in Review
The US dollar continued its fall in May against the EUR, GBP and JPY as the “Trump Trade”, which bolstered the US Dollar earlier in the year to multi year highs, continued to unwind. The US dollar index (USDX) did not touch 100 for the first time all year, settling at 97.5, just above YTD lows.

Political uncertainty in the US was once again in the headlines and on the minds of traders, with this month’s main saga being the controversial removal of FBI director James Comey. These political manoeuvrings’ have little consequence to the economic fundamentals, however are important as they take attention away from the likelihood of tax cuts and fiscal upside, the premise on which we saw the USD rally earlier in the year.

On the economic front the FOMC minutes confirmed that most participants viewed the slowdown in activity and inflation as transitory and see it as appropriate to continue removing accommodation, making a rate hike in June very likely.

What’s next?
May manufacturing PMI/ISM released in early June will be keenly watched to assess whether the recent slowdown has further room to travel. Another focus is April US core PCE deflator and May nonfarm payrolls as the final checkpoints before the June FOMC. While the data is unlikely to derail the Fed June hike, weaker data could undermine tightening expectations and weigh on the USD.

Month in Review
As the UK’s June 8th General Elections approach, we have seen a reversal of fortunes for the GBP, which has finished the month as the worst performing G10 currency. From its peaks earlier in the month, sterling has declined around 2% against the USD and 2.2% against the AUD, as polls suggest the contest is becoming tighter. At the time of writing, the most recent polls show the Conservative Party’s lead has declined from 18 to just 5 points. This is in fact the narrowest since Theresa May became Prime Minister last July, with the increasing uncertainty weighing on the GBP. The pound also came under pressure as the Bank of England decided to keep rates on hold and seemed to have shelved talk of any rate hikes for the time being. Governor Carney defended the bank’s current accommodative policy, saying “our stimulus isn’t excessive, it’s appropriate” during the Q&A. On some slightly more upbeat news, the UK did see unemployment fall to a 42-year low, although static wage growth is another point of concern.

What’s Next?
All eye are now firmly fixed on the election, with plenty of time for some more surprises between now and June 8th. Any more polling swings will likely see further volatility in the GBP, especially if Jeremy Corbyn’s Labour party continue to close the gap on their rivals. A Conservative win still looks the most likely outcome, but a decline in their working majority will be bad news for UK risk assets, particularly as this could weaken the UK’s position to negotiate its exit from the EU. Once the dust has settled on the election, markets’ will refocus on Brexit negotiations, with much discussion needing to take place and both sides jostling for position.

Month in Review
The Euro has secured the title as the best performing G10 currency this month, thanks to the win by Emmanuel Macron in the French presidential election. The win guaranteed France’s place in the European Union and assuaged investors’ fears for the future of the common currency. The initial boost this gave the Euro was consolidated throughout the rest of the month as traders bought the currency aggressively. As of the end of the month, net shorts were reduced by USD 7 billion, leaving them at around a third of late 2016 levels. While overall net positioning remains short, it is well below the levels seen 6 months ago. The implication of this being that major market participants believe there is a lessened chance the euro will weaken.

What’s Next?
As is often the case with financial markets, they tend to overreact and get ahead of themselves. The rally in the euro this month may be another example of this, as market participants have moved too fast to price out political risk and the move to a more hawkish policy shift from the ECB. These movements in the euro seem to neglect the still weak inflation readings and outlook coming from the region. Mario Draghi once again had to steady the ship, and in a testimony to the European Parliament reiterated the ECB’s commitment to accommodative monetary policy to restore stable inflation, even as the economy accelerates. Therefore we would expect some weakening in the Euro next month, particularly against the major commodity currencies as we see continued strength in oil prices and a move to price out some of the expected tightening of monetary policy.

NZD: RBNZ erring on the side of caution

Month in Review
The Kiwi dollar started off the month trending higher against the greenback. This was due to the investors expecting a positive projection from the Reserve Bank of New Zealand concerning their next rate hike; namely, investors were expecting the RBNZ to bring their projections forward. This expectation was based on strong domestic data, made up of CPI for Q1 beating expectations. The RBNZ held interest rates, which sent the kiwi dollar plummeting against the majority of its crosses. While the markets weren’t expecting a rate hike, the accompanying monetary policy statement erred heavily on the side of caution concerning such increases until a stronger and more sustained trend of higher inflation emerges. The RBNZ’s concerns over inflation can most likely be put down to a report from Bloomberg. For some time the RBNZ has been vocally concerned about rising house prices, however, this report noted an inflation adjusted 5% drop over the next two years. Additional weakness to the kiwi was caused by the disappointing OPEC production cut agreement, which was released without any positive surprises for the market. After this drop, the kiwi dollar managed to claw back some of its losses due to better than expected trade data, which showed a 9.8% surge in exports year-on-year and consistent weakness from the US dollar index. Much like its cousin across the Tasman Sea, the NZD is reliant on the strength of commodities for its performance. New Zealand’s biggest commodity export is milk which gained in strength over May and is currently paying out a $6.15 a kilogram, up 15 cents. As a result, the NZ dollar managed to shake off the losses it has suffered against the greenback post the RBNZ decision and finished the month higher than where it started.

What’s next?
As we progress into June, investors will be keeping an eye out for the NZ Financial Stability Report. This report will be crucial to the future growth of NZD, as the central bank will show its view of inflation, growth and other economic conditions. The importance of this naturally relates to future rate hikes. Additional attention will also refocus on their prime export milk, which is forecasted to rise a further $6.50.

Disclaimer:
These comments are the views and opinions of the author and should not be construed as advice. You should act using your own information and judgement.
Whilst information has been obtained from and is based upon multiple sources the author believes to be reliable, we do not guarantee its accuracy and it may be incomplete or condensed.
All opinions and estimates constitute the author’s own judgement as of the date of the briefing and are subject to change without notice.
Please consider FX derivatives are high risk, provide volatile returns and do not guarantee profits. Finder T&Cs