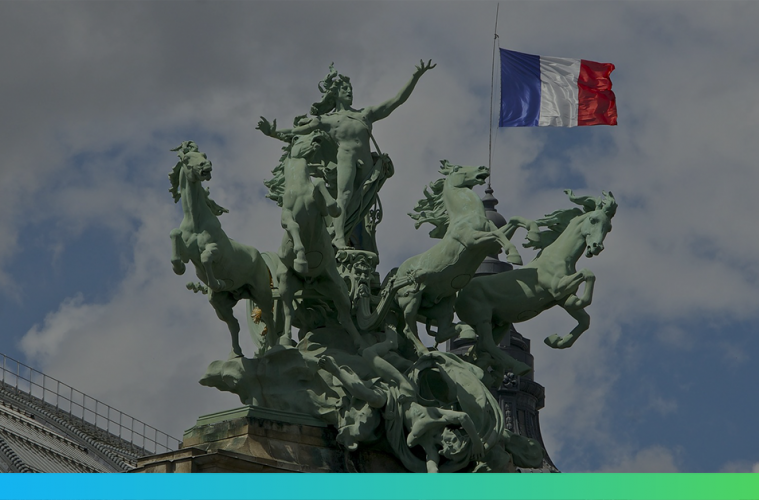 The French elections threw European stability back into the spotlight in April, and with the second round of voting to occur in early May, financial volatility could return to the markets as recent history of prepolling has taught us.

Additional risk and trauma to the Australian dollar is also likely to be caused by the Trump administration’s latest policies concerning trade, the military and tax reform.

World First takes a look at the key trends of April  and considers the many diverse events set to shape global currency markets in May.

AUD: Weighed down by risk

The Australian dollar did not enjoy the most pleasant month, weighed down by a softer RBA, falling commodity prices and most importantly, an increase in risk sentiment. The RBA left rates on hold and used their monthly meeting to support the measures introduced by APRA and ASIC, which were designed to address the financial stability risks that the housing market presents. The RBA did little to support the Aussie as well as they were downbeat on the labour market and the broader economy in their accompanying monetary policy statement.

Iron ore also fell drastically over April and officially entered bear territory. The price of iron ore has now fallen more than 30% since its February high, due to increased output earlier in the year and concerns over the demand for steel in China. Risk steadily increased within the markets over April, with US President Trump disagreeing with North Korea and ordering air strikes against Syria. As a result the US dollar gained in strength as markets sought out safe haven currencies, causing the Aussie to slip further. The first round of the French Elections were also held in April, and after the first round ‘centrist’ Emmanuel Macron emerged victorious. The result was a huge blow to the centre right and significantly reduces the prospect of an anti-establishment surprise on the scale that Brexit and Trump delivered. This allowed the Aussie some respite as risk-off trading resumed in the markets.

Going forward it will be Trump and his policies that should largely drive the Australian dollar. Over April his administration unveiled their tax plan which sent the Australian dollar tumbling and the US dollar climbing. The plan proposed the biggest tax cuts in at least thirty years and has been designed around boosting the affordability and effectiveness of US businesses against foreign companies. If Trump is unable to pass these measures through Congress again, however, the Australian dollar will likely benefit as the fall of the Trump Trade continues. The descent of iron ore is not expected to ease off either and the Australian dollar should remain under pressure from this also. Finally, the RBA will be closely watching for signals from the Fed in regards to their rate movement plans in order to determine which way to move our own rates. In May, we expect rates to be maintained at where they have been for the past nine months – 1.5%.

USD: Getting down to business

April was, again, another month in which geopolitics dominated economic fundamentals. From missile strikes on Syria to a US armada heading to North Korean waters, April was very much a ‘risk on’ month with the US Dollar index moving below the psychologically important 100 mark to YTD lows. April also marked the month where Trump’s rhetoric met congressional reality with his healthcare reform bill being stymied.

The trend of trade protectionism continued into April with the White House issuing executive orders for an audit on the balance of trade and trade practices between the US and its major partners. It also announced new anti-subsidy tariffs on Canadian softwood lumber imports. Although the Trump administration has taken limited actions thus far, it clearly continues to desire new tariffs.

The April Non-Farm number (for March) surprised significantly to the downside, however the Fed doesn’t only look at a single data point, with a broad range of indicators suggesting labour markets have continued to improve.

We expect that politics and geopolitical tensions will continue to dominate the headlines and market focus. The US Congress will need to approve a spending bill to prevent a shutdown of the federal government, which may delay a possible second health care bill. Next month should see the release of the highly anticipated tax reform, telegraphed by the White House as the “largest ever tax reform in US History”.

The FOMC also meets in May, with expectations they will hold interest rates steady. The challenge for the FOMC will be to communicate to markets that the Fed’s intention to normalise policy remains in place despite softness in activity, inflation, and employment growth.

Sterling initially rallied strongly as the news of a snap election was announced, but there is little point in talking about past price action when there are three questions that must be answered to understand the outlook for sterling; what does an election do to change policy in Brussels? Can an election change the economic bearing of the UK economy and will the pollsters be proved correct?

We think that any belief there is that Europe will give the UK a better deal because Theresa May has a bigger mandate at home is mistaken. Many leaders in the past have gone to Brussels with domestic victory medals shining on their chest to get little from EU leaders. We do not think an increase in the Government’s seats will change that.

On the economy, cynics have suggested that May is getting this election in before things really go too haywire in the UK. We are forecasting that UK consumption will remain weak and investment flows poor providing further opportunity for UK data to underperform.

Reports suggesting the Prime Minister has sidelined Boris Johnson ahead of the nitty-gritty of Brexit negotiations were announced to give the false impression that we’re getting close to kicking off the talks with Brussels, but this won’t be the case until the conclusion of the French Presidential Elections on 7th May. Polls continue to show Macron well in the lead, but these gains appear to be weakening ahead of the final ballot.

April was all about the French elections, with the result being a leading indicator on the fate of the wider European Union. On one side is centrist Emmanuel Macron, the pro-Union globalist intent on maintaining the status quo. On the other side is the far right leaning, Trump-esque, Marine Le Pen. Leveraging off rising Islamophobia, Le Pen is a staunch nationalist determined to have France leave the European Union. The results came in as expected with Macron taking 23.8% of the first round votes, beating Le Pen by a margin of more than 2%. However, this is not to say the markets weren’t nervous beforehand. The Euro was consistently under pressure as the recent polling surprises that Brexit and Trump presented remained fresh in the minds of traders. Post the results, the Euro breathed a sigh of relief and rallied to a 5 month high, gaining against all crosses. Given Macron’s pro-EU leanings, his win and progression to the second round of voting has calmed the nerves of the markets fearing a Frexit and the likely domino effect this would have on the Union.

Macron and Le Pen will now battle it out until the May 7 poll determines the next French President. For the first time in decades they will not come from one of the two major parties (Les Republicains and the Parti Socialiste). Polls currently have it going to Macron, but as Brexit and the election of Trump have highlighted, the polls are not as reliable as they seem. For better or worse May will be a highly volatile month for the Euro.

NZD: The Kiwi out of favour

It was a lacklustre month for the NZD across the board – this was evident as it underperformed against most of the G10 currencies. The NZD/USD trended towards new yearly low of 0.6877 and the GBP/NZD saw 8 month highs of 1.8655. Several factors contributed to the Kiwi’s performance this month, these include lower than expected trade balance and a growth in global risk. Commodity currencies like the NZD typically have an inverse relationship with global risk, as investors tend to flock away to safe haven currencies at times of uncertainty. The shining light for the NZD came from positive inflation figures bringing annual inflation to its highest point in 5 years.

Geopolitically, the New Zealand dollar also suffered as US President Trump announced his much anticipated Tax plan. It also waivered in strength in the face of Trump’s opposition in April to the North American Free Trade Agreement and Canadian wood imports. This was because it signals the possibility that the US will be raising tariffs against other countries it trades with, like New Zealand. As a result, the NZD dropped to its lowest level in four months against the USD.

The RBNZ have their monetary policy meeting next month. We can expect the RBNZ to comment on the passive labour market and wage growth as a reflection of growth capacity in the economy. This month’s positive inflation figures could also prompt the RBNZ to possibly shift their stance on the current easing cycle.