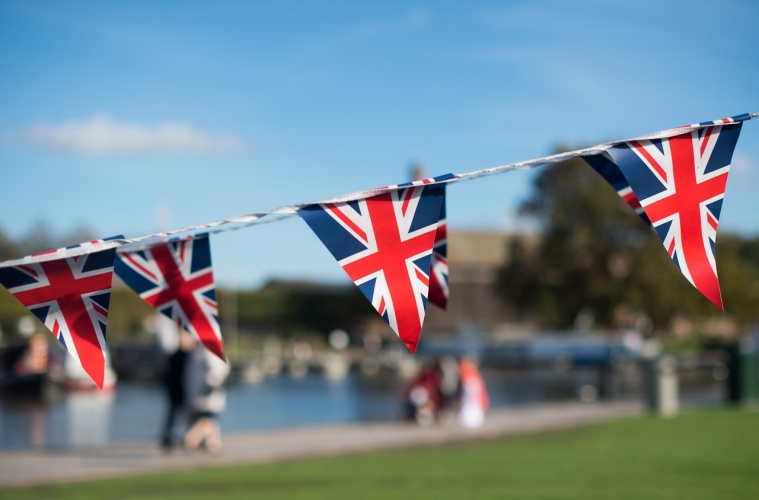 The WorldFirst Team take a look at the key trends of May and consider the many diverse events set to shape global currency markets through June.

History chose not to repeat itself this month, going against the grain to make gains despite the AUD falling against the USD in 15 of the last 20 ‘months of May’. This month also marked the first time since January that the AUD/USD pairing finished stronger than it started the month, despite falling to as low as 0.7418 off the back of poor AUS economic data, contrasting with strong data from the US.

Day 1 of May saw no change to the cash rate, as expected, remaining at 1.5% for the 18th consecutive meeting, marking the longest stretch of policy inertia on record, dating back to late 2010 when interest rates were last lifted.

The low point of the month was poor retail sales, completely flat-lining on the 8th at 0.0% compared to a market expectation of 0.2%. This means quarter on quarter stands at 0.2% compared to the market expectation of 0.6%. The AUD faced further downward pressure as the day was topped off with Federal US Reserve Chairman Jerome Powell confirming the bank’s gradual monetary tightening plan of raising rates.

A string of poor US data including misses on both CPI and retail sales, combined with a strong result for Australia’s employment change positioning the AUD nicely as it looked to regain strength against the USD. Once the China/Trump trade tariff talks simmered, the AUD was free to recoup some of the downfall earlier in the month, soaring back to just above 76c before yo-yoing between the 75c-76c range for the following couple of days.

Hearts were in mouths as the AUD looked to be losing a lot of the gains in the face of the Eurozone political turmoil, sending away investors from risky currencies such as the AUD to safe havens like the Japanese Yen and Swiss Franc. Fortunately, non-farm payroll and preliminary GDP in the US missed expectations sending the AUD back towards the 76c mark to close out the month.

June starts with an array of US data; average hourly earnings, non-farm employment change and the unemployment rate being the most noteworthy. The following week will bring Australia back into the spotlight with retail sales, GDP and the RBA’s rate statement. The strength of the AUD next month will be largely based on what the risk investors see in the market, with Trump’s meeting with Kim Jong Un, America and China’s ongoing trade war and Italy’s political turmoil, all likely to be key ongoing factors.

GBP – Wedding bells ring from Windsor Castle, but is a divorce still on the cards?

Geopolitical tensions continued to hamper sterling last month with the Irish Border still playing a key role in negotiations between Europe and the United Kingdom. As we now hit the 300 day mark until the ‘Divorce Date’, pressure begins to pile in on David Davis, the UK’S chief Brexit negotiator to secure a deal for Britain. We can’t say it’ll be much of a Royal Wedding affair (which cost the Treasury an estimated GBP 31 million, from which 90 percent was spent on security), but the following weeks’ should portray a clearer image of how the UK may look post its exit from the Euro.

As always, no wedding would be complete without a wedding crasher. Enter George Soros, one of Wall Street’s titan investors, who not only made his opinion quite clear that Euroland is in trouble, but has now backed a solid campaign for a new vote on Brexit. The Hungarian billionaire explained in his key note speech that not only is Brexit highly damaging, but the process will take five years to iron out.

Politics, weddings and divorces aside, data has continued to remain skewed to the downside for April. Although we did see a reduction in inflation, down to 2.4% from 2.5%, it is still a long way off the Bank of England’s target rate of 2%. Mark Carney, the Governor of the Bank of England, made note of this in his hearing with the treasury select committee post the release. Growth continues to remain robust at a modest 1.75% per year on average over the forecast period according to the Bank. Taking all of this into account, we may not see an accelerated pace of rate rises as first anticipated by the bank. Taking a closer look at the sectors, Construction remains under pressure, with signs of compression creeping in at the start of April. The Manufacturing sector remains robust with moderate growth showing in last month’s figures.

Looking to the month ahead, sterling has sold off quite heavily from the 1.85 high we saw a number of weeks ago. With the noise of Brexit still looming in the background and the relatively sluggish data, sterling looks to remain on the back foot against its major counterparts. The Bank of England may have an uphill struggle this month in convincing investors that the UK is sustainable without the need for further Central Bank intervention i.e. with respect to raising interest rates.  Sterling continues to remain under pressure as we enter July and may do so for the short term unless we see an uptick in data. Construction and Services PMI figures released on Wednesday the 2nd will come into key focus as markets try to re-assess the health of the economy. Super Thursday is expected to show no change in interest rates, but the guidance of the Monetary Policy committee will certainly be watched closely by investors.

The situation unravelling with the Italian elections and vote of no confidence in Spain has sent the euro and global markets into absolute turmoil, as we look back on a disastrous month for the single currency.

The failed Italian coalition has revived memories of the crisis which engulfed the Eurozone over Greece, leaving investors grappling with the concept that Italy might effectively vote to leave the Euro. This news sent markets and bond prices tumbling with the Australian dollar gaining just under 4% in the month against the Euro.

Moody’s meanwhile said Italy’s credit rating could be downgraded if the next government does not get to grips with its huge debt pile. Oh yes, and manufacturing PMI’s came in worse than expected, continuing a sluggish trend, followed by lower than expected consumer confidence figures. With all of that, Italian bonds suffered their worst day since 1992, with two year bond prices falling and yields surging more than 150 basis points to 2.73%. These have since recovered marginally to 2.36%.

Spain then stepped up to test Europe’s stability as its Prime Minister, Mariano Rajoy, may face a no-confidence vote by June 1. Unlike Italy, where the country’s economic stagnation under the euro has become a central issue, in Spain the issue is Mr Rajoy himself, and the long building corruption scandal that has tainted his conservative Popular Party.

The only light at the end of the tunnel for the Euro is that recent data has been positive, with German retail sales for the month of April beating expectations of 0.7% growth, as well as unemployment data out of Germany being better than expected. This is coupled with the fact that none of the main parties in Spain are challenging the European single currency, as is happening in Italy.

Reports suggest that PM designate Carlo Cottarelli may be stepping back from forming a technocratic government, but there are also reports a snap election might be called. Either way, some sort of political stability is what Euro investors will be crying out for.

The USD continued its strong performance from April right through until the end of May, combining to find gains of 4c against the Euro in the space of 2 months, to sit at its highest point since July 2017.

Most of the gains are largely attributed to EUR weakness, with Italy’s political turmoil scaring many investors out of the EUR. US had a particularly weak month of data, missing on CPI, hourly earnings, retail sales and non-farm employment change, just to name a few.

Oil prices continued to push $71.50/barrel in the wake of President Trump announcing that the US would be withdrawing from the Iran deal. Federal US Reserve Chairman Jerome Powell’s confirmation of the bank’s gradual monetary tightening plan of raising rates was the main positive factor for the US, as opposed to negative data impacting the USD’s major currency pairings.

All-in-all it was a successful month of the USD, notwithstanding the poor performance on the data front.

Trump and Iran, Trump and China, Trump and Twitter. With much of the USDs gains coming from EUR weakness, all eyes will be on Italy. Further uncertainty is sure to push the USD higher, whilst a sudden turnaround could quickly point to an inflated USD.

NZD – Wait and see with the NZD

The month of May started off with a bang for the NZD, with national employment change figures (q/q) out at 0.6%, well up on expectations (the unemployment rate stayed at 4.4%). This brought about a brief spike in the Kiwi, but headwinds presented after the RBNZ cut its forecasts for GDP and inflation for the rest of the year, and the Kiwi was buffeted down to six month (or just off six month) lows against the USD, GBP and EUR. These sharp movements south were further supported by Retail sales q/q statistics (0.1%), which was the worst quarterly figure for the sector since Aug 15’.

Interestingly the NZD saw a strong rally over the last five days of May, and with no fundamentals supporting this rally, early reasoning suggest traders suspect the NZD has been oversold in the market and has since rallied upward of 3.5% since building lows.

The market will be looking towards NZ GDP q/q stats, which are due out June 21 to determine whether this recent rally is warranted, but market trends suggest, as a risk-on currency, if the talk around US trade wars subside the NZD could continue to rally on the back of trader support.

Daily Update May 11 – The Week Preview

Daily Update May 8 – The Week in Review