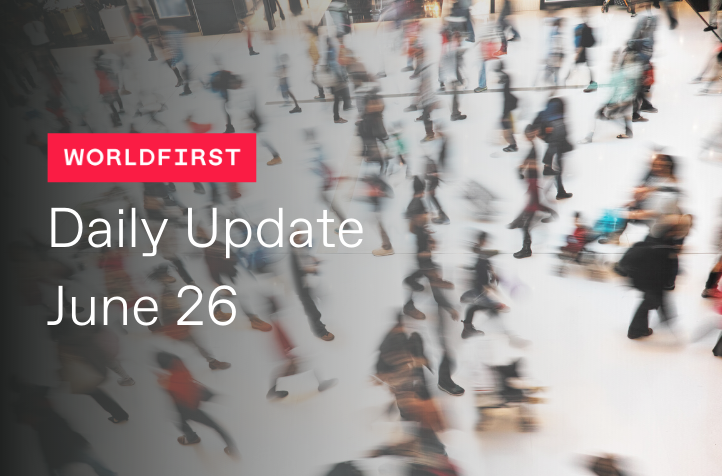 The week gone has been quiet for the UK with minimal economic data released to the market. Swings in risk sentiment were the driving factor for the AUDGBP pair with the AUD improving 0.24%. PMI figures on Tuesday were the highlight of the week with the manufacturing sector returning to growth at 50.1.

Currently, the AUDGBP pair is trading at 0.5544 (1.8037) with no further data set for release. Attention will turn to next week with GDP for Q1 figures due out on Tuesday.

The Australian dollar showed the most volatility this week from going as low as 0.6810 to the highs of 0.6967 against the USD. In terms of data being released, it was a relatively quiet week for Australia. Governor Lowe’s speech on Monday provided some assurance that the Australian economy has strong underlying fundamentals and this provide some positivity to the market. New Zealand’s key focus for the week was the RBNZ Interest Rate Decision which held at 0.25%. This was to be expected but still, the NZD experienced a flash crash before quickly recovering. China has also been quiet with their Dragon Boat Festival this week so there wasn’t much to affect the Aussie dollar. The main influencer of the week was any news surrounding COVID-19.

Looking back at the week past, the Dollar began the week under pressure with investors optimistic with the global economy as restrictions are progressively lifted. However, Wednesday saw investors turn “risk-off” as fears of a 2nd wave of infections weighed on risk currencies and we saw the Dollar rally to a high of 97.60 (DXY). The US Dollar rallied for the 2nd day in a row as infection rates in the US, Latin America and Europe began to rise. Q1 GDP Final print came in line with estimates with the US economy shrinking 5%. Durable Goods Orders for May rebounded higher than anticipated posting a 15.8% rise in orders.

We end the week with Personal Spending and Income for May expected in at 9.5% and -5.6% respectively and we will see PCE Price Index for May Month on Month and Year on Year figures will be released.

Looking back this week the AUDEUR pair opened at 0.6106 (1.6377) before rising to 0.6139 (1.6289) on Tuesday. After Tuesday, the Euro had the upper hand over the AUD following a string of positive data releases. This started with manufacturing PMI’s on Tuesday evening followed by the German lfo Business Climate Index. This together with a drop in risk sentiment took the AUDEUR pair down to 0.6100 (1.6393) on Thursday.

Today we look to a speech by European Central Bank President Lagarde to close out the week as the AUDEUR pair has found some early support. As there is no further data out, risk sentiment will continue to be a big driver for the AUDEUR pair, currently, the AUDEUR pair is trading at 0.6139 (1.6289). 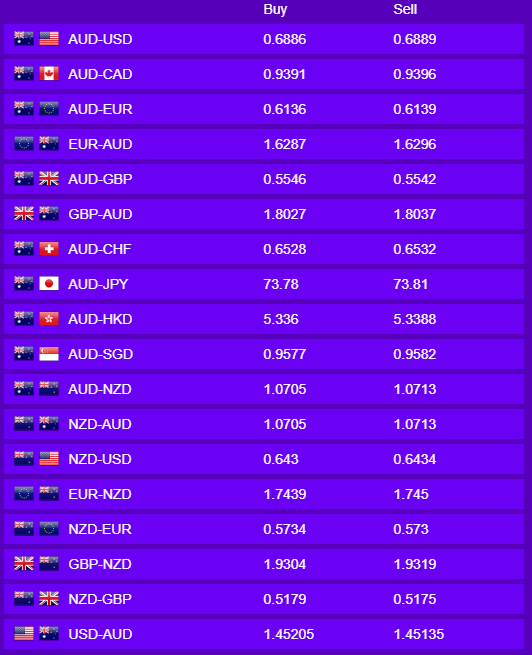