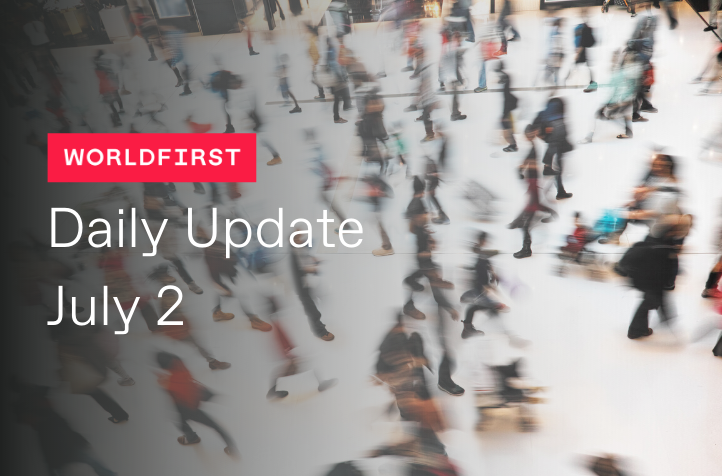 Overnight, the Pound made further gains against the AUD for the 2nd consecutive day. Manufacturing PMI’s remained steady at 50.1 which was expected as this was a secondary reading. The Nationwide HPI missed forecasts with the MoM figure for June coming in at -1.4% rather than -0.7%, but this didn’t particularly sway the market.

Tonight, the UK will remain quiet on the economic data front. All attention will be on global geo-political developments to see how the AUDGBP pair fluctuates.

The Australian dollar manages to maintain its position above 0.69 against the USD. There was a brief moment reaching a one-week high of 0.6944 although this was short-lived only to stabilize back down to 0.6914. Optimism surrounding a vaccine for COVID-19 helped fuel the dollar to have a quick spike overnight despite the surge of cases rising outside of Australia. Yesterday we also had PMI figure’s out of China for the month of June, coming out at 51.2 representing an expansion. Australia’s Building Permits for May also came out at -16.4% although the market did not react too heavily to this.

Investors will be seeing if the risk-on sentiment will continue for today. Later this morning we have Australia’s Trade Balance for May with an expected increase. As lockdown measures ease there is a forecast that this is going to help drive a normalization in goods imports.

The Dollar fell flat yesterday as ADP Job numbers fell short of its target, adding only 2.369 million jobs. Final Manufacturing PMIs for June were revised up to 49.8 and ISM PMIs for June showed manufacturing head into the expansionary territory at 52.6. The June Meeting’s Minutes of the FOMC clarified that the Fed remains committed to using all available tools to support the economy, and there should be strengthening in market guidance.

Tonight we receive the highly anticipated Non-Farm Payroll figures for June and Initial Jobless Claims for the week past. We will also see May’s Trade Balance.

Overnight, the Euro managed to make some slight gains against the AUD on the back of improved German labour data. Germany reported 69,000.00 newly unemployed despite forecasts of 120,000.00. Alongside this, German Retail Sales beat expectations to come in at 13.9%. We also saw the manufacturing PMI’s for France, Germany and the EU come in better than expected, highlighted by France’s return to growth at 52.3. This gave the EUR some support against the major currencies, however, a risk-on move limited this support with the AUDEUR pair moving from 0.6144 (1.6276) to 0.6137 (1.62946).

Today Europe will release its unemployment rate for May which is forecast to increase to 7.7% from 7.3%. The data being for May will likely be seen as not impactful and could leave the AUDEUR pair open to moves in risk sentiment. 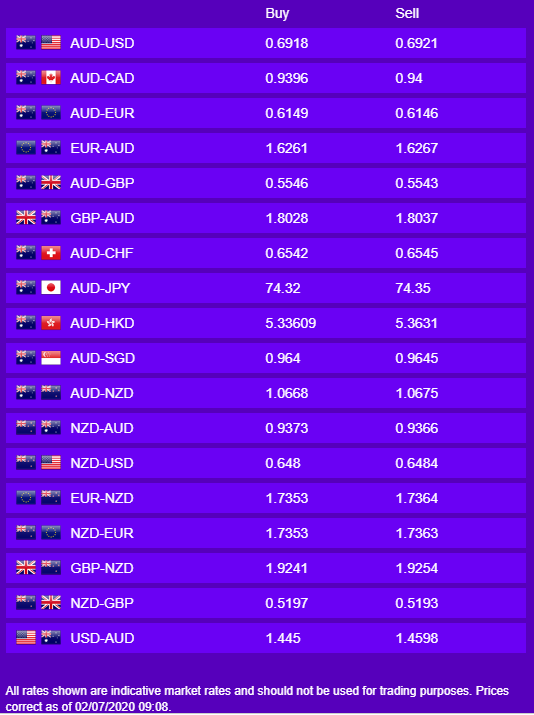