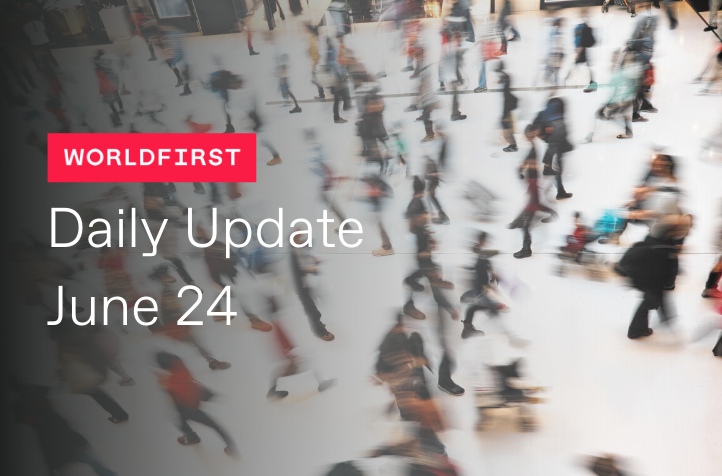 Across the board, UK PMI figures highlighted a recovering economy as the results beat forecasts. Manufacturing returned to expansion territory at 50.1 whilst the Services and Composite figure are approaching expansion. The Pound improved slightly throughout the day’s trading, but overall the market saw the improving global PMI readings as positive and provided the AUD with some support.

Today, the UK has no high impact economic data expected to be released and as a result, market sentiment and global events will be influencing the Pound.

The Australian Dollar continues to improve with the current risk-on sentiment in the market. Commonwealth Bank Service’s PMI figures beat expectation at 53.2 showing an expansion, while Manufacturing PMI figures came out at 49.8 which still shows a contraction but still better than forecasted. The Dollar had a spike last night from global PMI figures from other countries but has levelled out now at around AUDUSD 0.6940.

There will be no economic indicators for Australia out today, but in New Zealand, the RBNZ interest rate decision comes out this afternoon. It is expected for the RBNZ to hold rates at 0.25%. Anyone looking at the New Zealand Dollar will be keeping a close eye on this but the majority of investors expect no major changes in the statement.

The Dollar extended its decline yesterday to 96.5 (DXY) amid a boost of risk appetite brought on by a clarification from the White House that the China-US trade deal was still on. White House trade adviser Peter Navarro sent markets reeling mentioning that the Trade Deal was “over”, this was later clarified as “being taken out of context” and clarified by Trump and the White House. PMIs came out mixed as Composite and Services missed their forecasts 46.8 and 46.7 respectively and Manufacturing beat forecast at 49.6.

Tonight, we will see the German lfo Business Climate Index for June which is forecast to improve on last month and come in at 85.0 vs 79.5 last month. Given the positive news, it will be interesting to see if the EUR will find further support or if risk sentiment will sway the market. 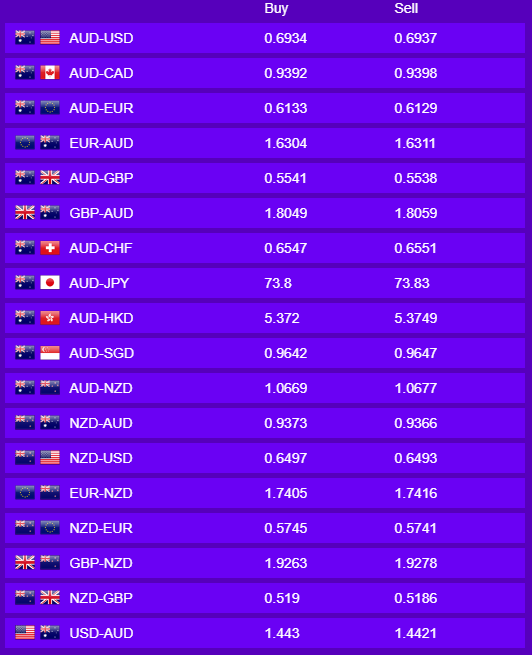 All rates shown are indicative market rates and should not be used for trading purposes. Prices correct as of 24/06/2020 09:00.