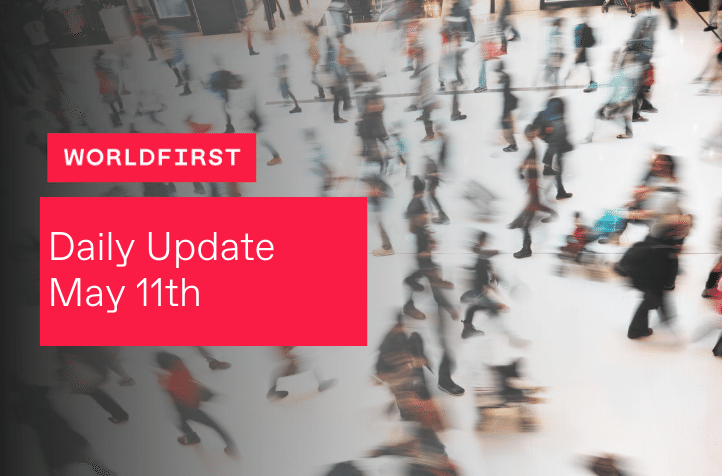 Daily Update May 11 – The Week Preview

The Pound ended last week after 5 consecutive days losing value against the AUD. The UK economy has struggled with the no mercy attitude of COVID-19 and the Pound is now starting to follow. GBPAUD pair has been on a downward trend since the 6th of April and that trend could continue unless some positive data comes out of the UK.

This week, Wednesday is the headline day with GDP, Trade Balance and Industrial & Manufacturing Production all due for release. GDP is expected to fall to -2.5% for Q1 whilst both production figures are also forecast to move into the negative at -4.9% and -5.7% respectively. If this occurs as expected, the Pound could be in for another tough week.

The Australian dollar has maintained its level above USD 65 cents, opening up this week at AUDUSD 0.6525. Improvement between U.S and China trade relations has aided the Aussie dollar for now but mixed messages from Present Donald Trump is keeping the markets wary.

Today will be quiet in terms of data but the rest of the week both Australia and New Zealand will have some big economic figures released. For Australia, Wednesday is Q1 Wage Price Index and Thursday has Unemployment rate for April. Unemployment is expected to have a rise of 8.3% from a previous 5.2%. Australia usually has their Budget Release this time of the year however it has been postponed to a later date and yet to be confirmed. For New Zealand there is the RBNZ Interest Rate Decision on Wednesday, expected to remain at 0.25%. New Zealand also has their Budget Release for Thursday. We can expect the dollar to move depending on the result of these economic indicators.

As expected, the US has experienced the largest contraction of employment in its history. The Non-Farm Payroll for April saw 20.5 million workers becoming unemployed increasing the unemployment rate up to 14.7%. As anticipated, those industries directly affected by travel restrictions and social distancing regulations were most affected, with leisure and tourism seeing a 7.7 million drop alone. The US dollar remained steady to close only slightly down on Friday, as markets priced in the shocking slide in employment late last week. The Dollar slid slightly against risk currencies to finish largely flat for the day.

It will be a quiet day in the US today with no significant data releases. Tomorrow we see the beginning of a week of speaking appearances for Fed members and inflation data for April. Wednesday we see Fed Chairman Jerome Powell speak at the Peterson Institute for International Economics on the current state of the economy. Jobless claims for last week expected to further increase on Thursday, and the week ending with Retail Sales for April, the NY Empire State Manufacturing Index for May and JOLTs Job Openings for March.

The Euro is looking at a low data release week as the first impactful release is not out until Wednesday when the Industrial Production for the Eurozone gets released. Even so, this is for March and will likely have limited impact on the Euro. German consumer price inflation follows this release and then European Central Bank Economic Bulletin gives a glimpse of the economic expectations of the Bank.

All eyes, however, are on Friday with German GDP and Europe-wide GDP. The forecasts for Quarter 1 for Germany are a -2.1% contraction while the Euro zone is expected to contract by -3.8%. With such a slow start of data culminating into a big Friday it will be interesting to see what the Euro will do. Currently the AUDEUR pair is trading around 0.6025 (1.6598). 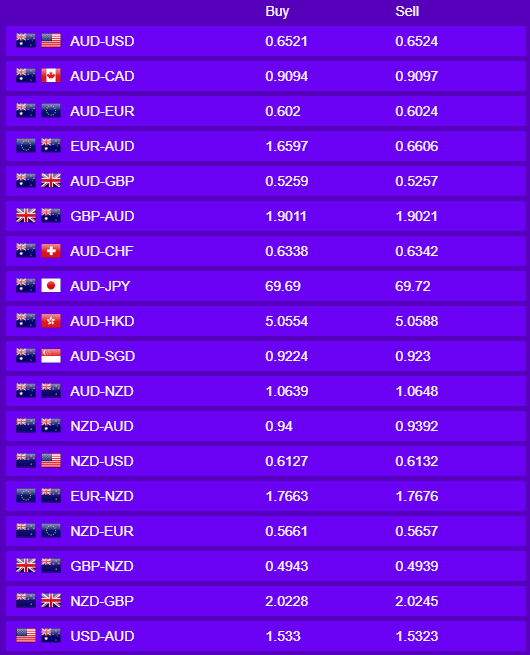 How To Mitigate Currency Risk

Uniquely Natural: My small business allows me to be the mum I’ve always wanted to be