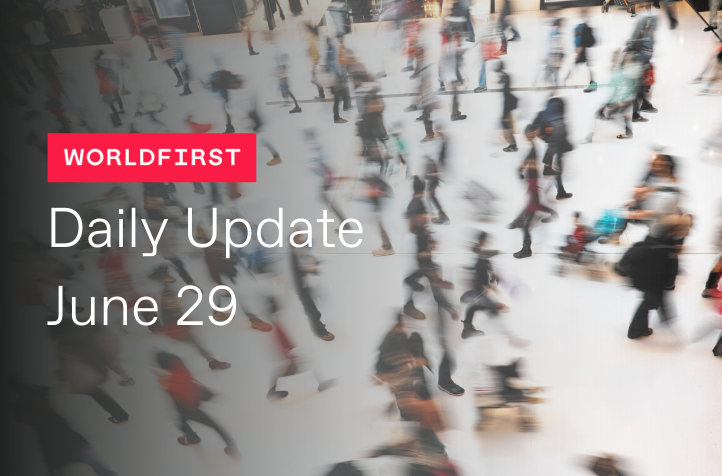 The AUDGBP pair begins the week trading at 0.5556 (1.7998) after the Pound finished last week weaker again. This continued the trend of a struggling Pound as the lack of economic data left market sentiment in control. This week a further Q1 GDP reading becomes available on Tuesday with no adjustments expected to previous releases.

For the remainder of the week, the Nationwide HPI is forecast to slightly improve before the UK releases further PMI data. The PMI readings are expected to stabilise so the market will likely be expecting minimal movement. If all economic data comes out as expected then market sentiment will continue to influence the Pound this week.

Downward pressure is keeping the Aussie dollar just below the AUDUSD 0.69 mark this morning as a broad risk-aversion sentiment took hold over the weekend. Global trade concerns, geopolitical tensions and COVID-19 is giving some support to safe-haven currencies and the riskier currencies such as the Australian dollar take a backfoot.

After a quiet period last week, Australia will have some economic indicators released this week. All the data coming out is for the month of May with Building Permits out on Wednesday, expected to fall to -10%. Trade Balance is out on Thursday, along with Retail Sales on Friday. New Zealand has their Total Filled Jobs for May, Business Confidence for June on Tuesday and May’s Building Permits for Wednesday. Any signs of COVID-19 news may also play a factor in influencing the dollar as it has done so up until this point.

The US Dollar had a slight increase as markets begin to realise a slower than expected US recovery. The states of Texas and Florida reintroduced containment measures as they saw significant increases in infection rates and hospitalisations. We saw Personal Income fall by 4.2% in May due to reductions in the Government’s stimulus and spending increase by 8.2%. Personal Consumption Expenditure Prices increased by 0.1% as service costs increased by 0.2% alone.

Looking at the week ahead, today will be quite on data. Tomorrow we will see Retail Redbook Sales for last week and Fed Chairman Jerome Powell will address the Senate on the current economy. Wednesday we have the lead indicating ADP Employment Change figures for June expected to add 3 million jobs to the labour market and Final PMI Manufacturing Figures for June. We will also get Non-Farm Payrolls for June out Thursday and we will finish the week with Factory Orders for June and Independence Day (celebrated a day early – 3rd July).

Europe will start the week today with the German Consumer Price Index, which is expected to tick up from -0.1% to 0.3%. On Tuesday this will be followed by the Consumer Price Index from France and Europe which is forecast to remain stable. We also will see French Consumer Spending out for May. Wednesday will bring us German retails sales shortly followed by the Manufacturing PMI’s out of France, Germany and Europe for June which are forecast to remain stable. We also will see the German unemployment change where an additional 120,000 jobless is expected.

The week will then close with the Europe wide unemployment rate on Thursday and services PMI’s for France, Germany and the EU on Friday. Overall this week will have some key releases which are forecast to remain stable and can leave the AUDEUR pair open to sways in risk sentiment. Currently, the AUDEUR pair is trading at 0.6110 (1.6366). 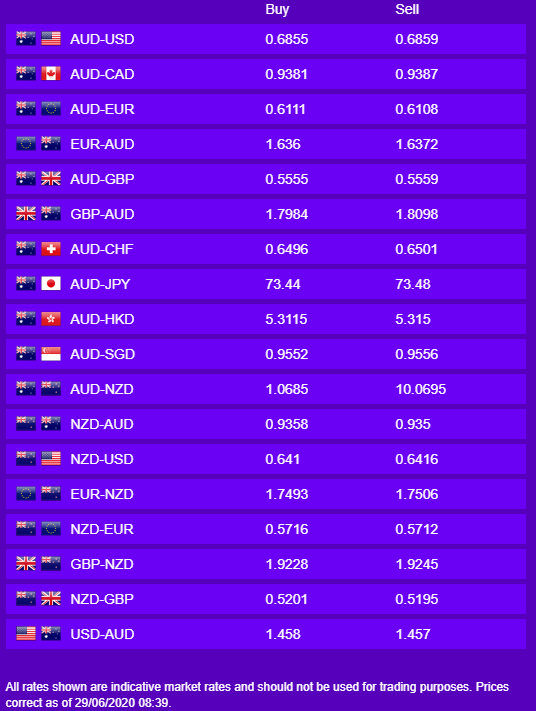