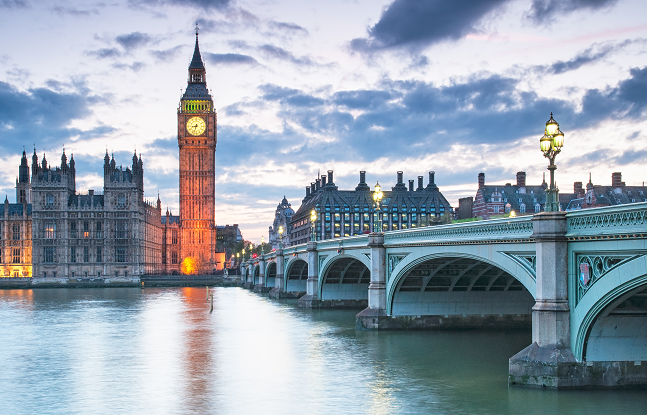 Brexit Update – Half the World Away!

WorldFirst Currency Specialist Joe Donnachie provides a brief Brexit update and looks at the prospects of GBP/AUD reaching 2.00 in the near future.

As Oasis once sung in their heyday “Some might say, that sunshine follows thunder.” Well for many pound sellers, this has been the rhetoric for quite some time now. The main consensus being that once Brexit “sorts itself out” and a deal has finally been reached, sterling will soar back above the 2.00 levels (pre referendum 2016) and beyond. Well taking a closer look, there’s a strong argument that downward pressure on the pound could continue well into the back end of 2019.

The message out of the UK and Theresa May is clear, it’s running out of options as the days fall away towards the October 31 deadline, with virtually nothing to show from the cross party talks with opposition leader Jeremy Corbyn. Any further proof that the British public opinion has firmly swayed away from the government will now only increase the growing belief that the Prime Minister has lost control of the Brexit proceedings, as Boris Johnson emerges as the bookies favourite to take over.

Starting with Boris Johnson, let’s not forget that this is the same man who was a huge advocate for the UK to leave the EU, but had no plan whatsoever about the execution. This is exactly the same as it was almost three years ago: his foresight goes no further than winning the prize of Downing Street. So what next for Brexit and the pound?

By October, Britain could be faced again with the choice between no-deal, asking for another extension or calling the whole thing off. Whatever concessions Theresa May offers Labour will erode support from pro-Brexit MPs on her own side. There’s also a chance Britain could crash out of the bloc with no agreement of grace period, which would be catastrophic for the pound. Overall the main issue for me is that Labour MPs will not concede to a no deal Brexit, with many pushing for a second referendum to be tabled. A proposal deemed outrageous by hard-line pro Brexiteers.

For now at least, dreams of GBP/AUD reaching 2.00 seem much like the band Oasis reforming – extremely unlikely, but not impossible. 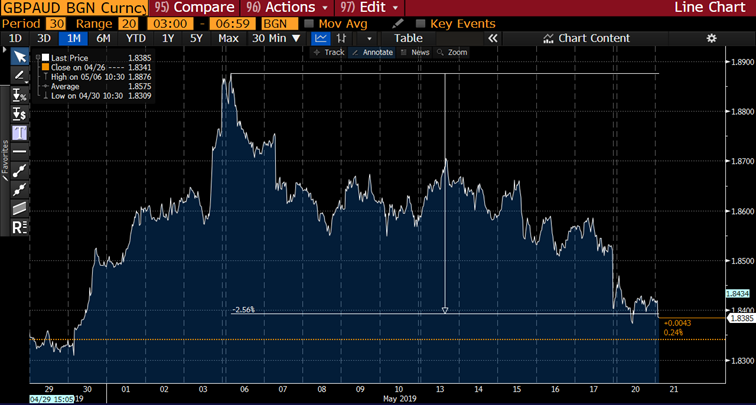 Whilst every effort is made to ensure the information is accurate, you should confirm the latest exchange rates with WorldFirst prior to making a decision.
The information published is general in nature only and does not consider your personal objectives, financial situation or particular needs and is not recommending any particular product to you.