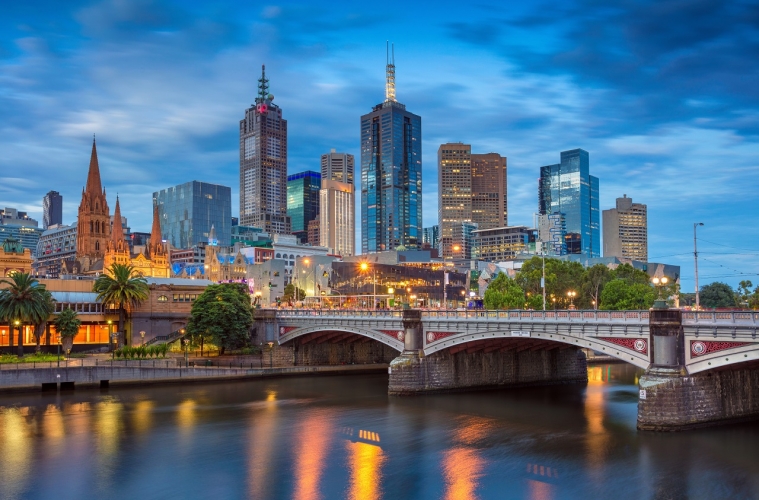 The WorldFirst Team take a look at the key trends of July and consider the many diverse events set to shape global currency markets through August.

The AUD (particularly against the USD) has been caught in a tight range through the month of July, weighed down by USD strength and pressure on the offshore traded yuan (CNH). There has been an increased correlation between the AUD and CNH as US-China trade tensions take their toll on both currencies. Any economic weakness will be priced into the domestic currency, so with China and the yuan under pressure, this has had a flow-on effect into the AUD, as it moved to lockstep with its biggest trading partner. Adding fuel to this geopolitical fire was weak headline CPI inflation and stable core inflation being unable to provide any support for the dollar. With inflation disappointing, a neutral stance from the RBA is likely to be maintained, especially heading into next month’s cash rate decision.

With domestic monetary policy unlikely to influence the AUD next month, geopolitics will again influence its direction. With neither the China Hawks in the Trump administration or China unlikely to back down, there will be little upside for the dollar. Keep your eye on the CNH as it will again be the leading indicator for the direction of the AUD. I think we’ll continue to see resistance at 0.7440 with sellers coming into the market at these levels.

Connect with Tim MacDonald on LinkedIn

ECB President Mario Draghi once again took centre stage as well as the tabloid headlines for July, leaving investors and markets with the expectation that an interest rate rise will happen by the end of 2019.

Draghi told reporters the Governing Council is confident that Euro-area inflation will converge with ECB target or “close to but below 2%”, even after a likely end to its quantitative easing programme by the end of this year. This optimism was positive for the euro as inflation must first make a sustainable return to the target if the ECB is able to raise its interest rate.

Draghi’s upbeat tone continued to resonate, providing a solid base for euro investors to build on.

He said, “While uncertainties, notably related to the global trade environment remain prominent, the information available since our last monetary policy meeting indicates that the euro economy is proceeding along a solid and broad-based growth.”

The single currency took a step higher on this statement, however, cemented the bank’s commitment to stick to the dovish pledge that had stunned markets at the bank’s June meeting and laid to rest any belief that hawkish ECB policymakers could sway the board towards an earlier move.

This was viewed as an incredible U-turn for President Trump, who, until recently was threatening the European Union with higher tariffs.

This major shift for the Trump administration has been portrayed as an outmanoeuvre attempt by European diplomats, as opposed to a Trump victory. What economists will be looking for next month is if this agreement is solid, or built on sand.

Despite ongoing trade tensions between the US, China & Europe the USDX (US Dollar Index) had one of its lowest volatility months all year. The USD was in a wait-and-see mode as announcements of future trade policy announcements trickled through. The USDX was marginally down month-on-month (-0.6%) falling from 94.50 to settle at 94.30, hitting a high of 95 mid-month. The best performers against the USD were all the currencies that had been hardest hit in the last few months.

SEK, NZD & CAD had the greatest gains up 2.44%, 1.59% & 1.3% respectively. US trade protectionism continued to dominate headlines and was the key theme in July. The tariff list already includes solar, steel, aluminium and washing machines with a further 200bn of tariffs announced to commence in September. On top of that the US blocked China Mobile from entering US telecom market. Tensions with EU auto makers were quelled as President Trump and President of the European Commission, Jean-Claude Juncker, met late in the month. Economic data confirmed the solid performance of the US economy in Q2, driven by private consumption and government spending. US GDP came in at a stellar 4.1% underpinning activity was solid growth in private consumption and federal spending.

USD dynamics are trapped between solid US economic performance and concerns about trade protectionism. The Fed meets in early August and the market is expecting the FOMC to offer little new information and reiterate the communication provided since the June meeting and Chair Powell’s testimony to Congress. The outlook for the US economy is bullish, with a solid job market and inflation around target. The Fed will likely reiterate the best way forward is to keep gradually raising the federal funds rate, consistent with two additional hikes this year, likely in September and December.

It has been another testing month for the UK Economy, with little headwind being made from our last update. On the political side, turmoil has swept through the halls of Westminster for the Conservatives as both Foreign Secretary, Boris Johnson and Brexit Secretary, David Davis, have stepped aside from their roles and sighting a vote of no confidence in Prime Minister, Theresa May.

May has now taken full control of negotiations, in the hope of striking a deal that will ensure Britain continues to trade freely with the European Union and ensures the cost to the UK economy is at a minimum.

On the macro side of things, data of late has not been overly appealing. The construction sector has continued to feel the backlash from Brexit, with the construction PMI figure coming in at 52.5, just above the range of growth.

Manufacturing production for the month showed a halt, falling into the red at -1.4%. Inflation continues to range above the Bank of England’s 2% target, coming in at 2.4% for the month (it is important to note that the bank had thought that this would be higher).

On the labour front, unemployment remains at a modest 4.2% with no change in the average earnings, which currently sits at 2.5%.

Looking to the month ahead, and more closely, this week, the Bank of England comes into key focus as Mark Carney, and his Monetary Policy committee, are expected to raise interest rates for the second time in over a decade – but it’s important to understand why.

In some sense, the Bank of England has backed itself into a corner. Sterling, which has been looking sickly in recent weeks, will get a real thumping on the foreign exchanges if official borrowing costs remain at 0.5%. In truth, there is no real reason to push up interest rates to 0.75%. The recent official figures for earnings, which some monetary policy committee members have been citing as a reason to act, have shown pay growth decelerating. Inflation is lower than the BoE thought it would be three months ago, and the latest set of retail sales figures were weak. The BoE’s data for credit growth provides another reason to be cautious. The growth of consumer borrowing, excluding mortgages, is rising at an annual rate of almost 9% as consumers charge spending to their credit cards.

In taking all of the above doom and gloom into account, sterling has managed to maintain and test above 1.76 for the month.

One would think going into a rate decision that if the bank are raising, the sterling should rally, but I am not convinced with this one. Commentary from Mark Carney may give a cautious tone to investors as the BoE enters unchartered territory.

The NZD has been stuck in a very narrow trading range over the last 31 days with a high of 1.0992 (July 3) and low of 1.0841 (July 31) which is a reduction of 1.38%. Banking analysts have come out and said this is a fair level for the pair, so we will likely need a big catalyst to create a significant market move.

Building approvals from Australia came in at -3.2% compared to the 0.1% expected, which helped a week-long slide on the AUD/NZD during the first week of the month. During the second week of the month, there was very little crucial data out and we saw the Australian dollar gain a little bit of momentum. On July 11, we had some surprisingly positive home loan data out of Australia. Then on July 13, the NZD business manufacturing index came in at 52.8, compared to the last reading of 54.4; keeping in mind that over 50 represents expansion. A retraction from 55.4 to 52.8 would indicate that the New Zealand manufacturing sector has retreated from healthy expansion to slow expansion.

A dovish statement from the RBA monetary policy minutes resulted in a large sell-off in the Aussie on the 17th of July. CPI inflation data for NZD came out at 0.4% for the quarter which is below the banks 2% inflation target. This caused a sell-off in the Kiwi, particularly against the greenback. The day after, New Zealand’s dairy price came down 1.7% compared to two weeks ago.

As this is calculated in two-week intervals, 9 of the last 13 measurements have been reductions in price. On July 19, the Australian Bureau of Statistics announced that the country added over 50 000 new jobs, but even that wasn’t enough for the Aussie dollar to finish up against the kiwi for the week. July 31 was the biggest day of data for the kiwi, but unfortunately for those who went ‘long’ on the NZD, NZ business confidence and building consents missed the mark to the downside.

During August we will be looking very closely at any adjustment to the RBA and RBNZ rate statements, as they have been historically market moving. The other crucial prices, as always, will be NZ dairy and AUD commodities.

Connect with Clay Cook on LinkedIn