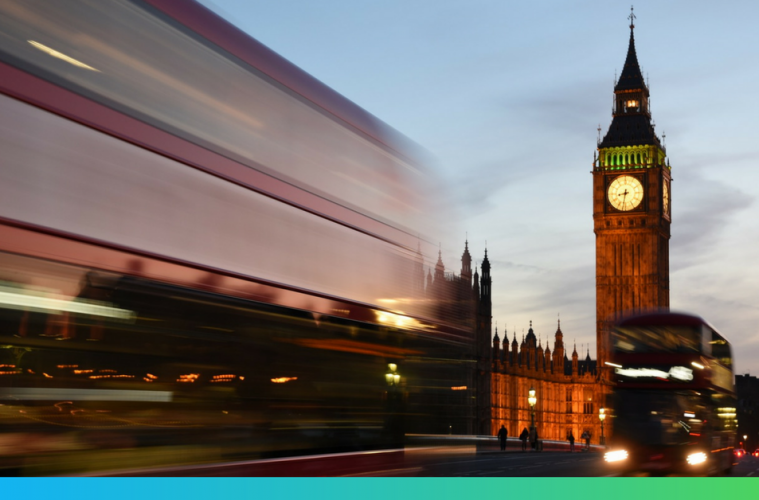 With Article 50 now formally triggered and the UK firmly on the path to a Brexit, and U.S President Trump consistently attempting to ruffle the feathers of global policy-makers, World First takes a look at the key trends of March and considers the many diverse events set to shape global currency markets in April.

AUD: Trumped, Ironed Out and Fed Up

The Australian dollar has enjoyed a somewhat listless month. After being bullied and bounced around by geopolitical factors and fluctuating commodity prices, it finished the month drifting at a level close to where it started. The biggest note of March for the Australian dollar was Trump’s attempt to deal with US congress and somewhat dovish remarks from the Federal Reserve after their much expected interest rate hike. In other news, the Aussie followed fluctuating iron ore prices, yet was buoyed by a strong local GDP figure and a global improvement in commodity prices. The Australian dollar was mostly range bound for March as investors still looked to Trump and the Fed for a clearer indication of their plans for the rest of 2017.

Until the Fed’s hike, the markets had been expecting three to four rate hikes in 2017. The accompanying monetary policy statement, however, showed the Fed was much more partial to only two hikes. As a result, US treasury yields fell and the Australian dollar tested key resistance levels. The Australian dollar also benefited from Trump’s failure to pass his health care reform act in Congress. The markets took note of this, as it suggested that he might also be unable to pass his tax reforms and infrastructure spending plans, which had given the USD so much strength against the Aussie at the start of 2017. Iron ore was the final key trend of the month and was under pressure for the majority of March due to an end of the stockpiling of the commodity, which occurred with the end of Chinese New Year. It did manage to recover towards the end of the month however, thanks to a rebound in Chinese iron ore futures.

Risk and doubts surrounding the ‘Trump Trade’ policy and commodity fluctuations are likely to be the main movers of the Aussie in April. Towards the end of March, risk on market sentiment returned as quarterly end flows helped support risk assets like the Australian dollar. Additional risk is also likely to enter the markets as the details of the Brexit negotiations emerge. Further recovering and setting a range for the Aussie came from a recovery in iron ore and if this recovery continues then we will no doubt see the Aussie climb further. The larger test will be from Trump and his tax reforms, which hugely supported the US dollar in January. If he is unable to pass his reforms in Congress then the Australian dollar is likely to bounce higher again.

GBP: May the Brexit Begin

The main event for GBP this month was the triggering of Article 50 by Prime Minister Theresa May. The event itself was widely broadcast and the GBP response was muted. Sterling’s exchange value was depressed to historic lows by a combination of extreme ambiguity surrounding the terms of Brexit and the counter monetary policy measures.

The fog shrouding the UK’s post-Brexit path already had begun to dissipate as triggering article 50 removed one of the largest uncertainties while ushering in a new age of bilateral trade agreements. Higher than expected February CPI inflation also supported GBP through the month, in the context of a BoE policy reaction that increasingly shifted to prioritising inflation deviations from target. The BoE kept its policy settings unchanged, however one member of the Monetary Policy Committee voted for a rate hike, increasing the markets’ awareness of the Bank’s inflation priority. The BoE estimates a high probability that inflation will be above its 2% target over the next 2-3 years. As such, upside inflation surprises may see the market prices a greater likelihood of BoE rate hikes, supporting GBP.

Ambiguity over the UK’s future has been the primary driver of GBP undervaluation, but given the triggering of Article 50, it is possible for this to be the catalyst for a short-medium term rebound in the pound. However, a weakening of the UK economy would reinforce beliefs in more significant negative Brexit effects and could continue sterling weakness. In recent months sterling has shown higher sensitivity to economic data and a rebound in retail sales could strengthen the GBP amid increased concerns over softening consumption dynamics. The BoE has also revised higher growth forecasts at a time when it sees a substantial chance of exceeding its inflation target, further adding fuel to a potential rise in GBP.

The month began with comments from the President of the ECB Mario Draghi indicating that the risks to the European economy had subdued slightly and that the bank had lost its sense of urgency in taking more action on future monetary stimulus. Basically, conditions in the region are on the improve. This was also taken as a hint that perhaps quantitative easing would be tapering off. QE is the process of a central bank buying of government bonds to flatten yield curves in an attempt to reduce interest rates. Lower interest rates mean a weaker currency, which explains a lot of the gains made by the AUD against the EUR. Now with a tapering off of QE, rising bond yields will support the EUR. The markets immediately began pricing this in and accounted for a close to 3% move to the downside. Spooked by these moves and the impact of higher yields in places like Spain, Italy and Greece, where higher interest on debt payments would become problematic, the ECB later in the month attempted to steady the boat. Clarifying their stance, policy makers within the ECB reassured investors that QE and low rates will remain a policy in the region until at least the June meeting. With this commentary, yields came off and the AUD rallied almost 1%.

Brexit was also officially triggered on March 29th. However, with the near term consequences having already been priced in, the focus will be on what this means for the region moving forward. Most believe the theme will be uncertainty. Expect plenty of volatility as both sides negotiate the terms of exit.

USD – Third Time’s a Charm for the Fed

It has been a disappointing month for USD bulls. The DXY index, which measures the value of the USD against a basket of the major currencies, has declined around 1.7%, with the greenback lower against most of its major peers. The big story was the decision by the Fed to raise interest rates to 1%, with a further two hikes expected for later this year, and another three in 2019. Despite the hike, the impact on the USD was negative, largely due to the market being positioned for the possibility of four hikes this year rather than three. The news out of the statement and press conference also had a more dovish tone than expected, with reference to inflation being ‘likely to stabilise around’ (rather than above) 2% over the medium term, and no mention of when the balance sheet shrinkage might commence. The other big factor behind the USD underperformance has been reversals in the so called ‘Trump Trade’ with investors having been left underwhelmed at Trump’s prospects of pushing tax reforms and other pro-growth policies through congress.

The next cab off the rank for the USD is the all-important employment data, released on the first Friday of the month. The latest figures show unemployment at just 4.7%, with San Francisco Fed President John Williams this week stating that he believes the US has largely attained the hard-sought recovery they’ve been after since the unemployment rate peaked above 10% in 2009. It would take a significant surprise in this month’s release to see a shift in the expected hiking cycle laid out by the Fed. Further developments with Trump’s political agenda will continue to dominate the headlines, while global politics will also remain in the spotlight as the UK begins their official Brexit negotiations, potentially leading to some volatility in the GBP/USD and EUR/USD pairs.

The month in review

Australia is a key trade partner for New Zealand just like United States economic importance for Mexico and Canada. The AUD to NZD exchange rate plays a critical role in pricing the relative value of trade going back and forth across the Tasman. This month saw the NZD hold the 0.70 level against the mildly higher USD, and slightly lower against the AUD at the 0.9150 level.

The New Zealand dollar rose to a week-high against the British pound and euro after UK Prime Minister Theresa May officially triggered Britain’s exit from the European Union. The Kiwi rose as high as 56.65 British pence, whilst also moving to as high as 65.43 euro cents.

Commodity currencies including the Kiwi, Australian and Canadian dollars benefited from higher prices for raw materials with the Thompson Reuters/Core Commodity CRB index up 0.6% and Brent crude oil prices gaining 1.9% to US $52.32 a barrel as figures showed US stocks were smaller than expected.

Although AUD/USD fell dramatically in recent years as result of the end of the commodity super cycle, the AUD to NZD exchange rate has underperformed from the Australian perspective. In the case of AUD vs NZD, we have turned bullish on AUD/USD rate as we feel better about the broader Australia economy, but any collapse in house prices will drive Australian out performance against the Kiwis. This includes the tailwind of a potential bigger housing bubble in Auckland.