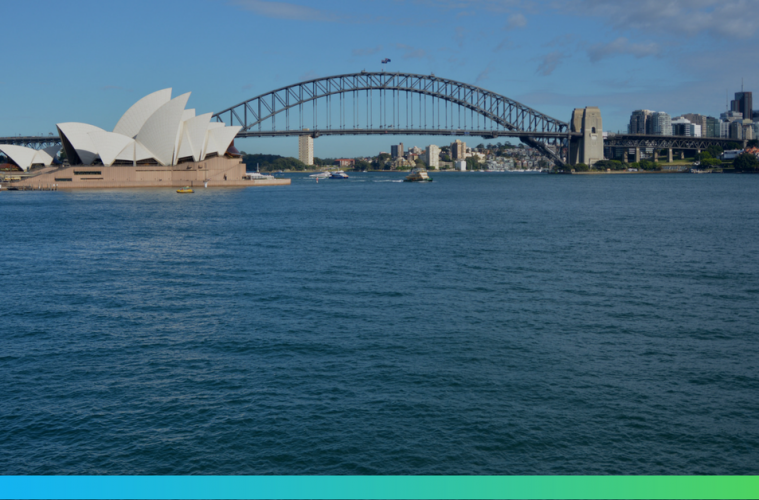 As one of the most politically and economically volatile years in memorable history, the conclusion to 2016 should be largely celebrated rather than mourned.

Looking ahead, Senior Currency Strategist Ellis Taylor analyses the most important factors that will affect the Aussie dollar in 2017.

As the dust from the US election settles, markets have embraced the president-elect Trump as a catalyst for US (& therefore global) growth.

Federal spending under a Republican Presidency and Congress is set to rise as a more protectionist fiscal policy looks to be upon us; good for the US, perhaps not for their largest trading partners. The opening of a tax window to corporates looking to repatriate dollars has prompted large scale dollar gains as did the pre-cursor (the Homeland Investment Act) in 2004.

Thus for the foreseeable future, FED policy may now act as the hand brake on fiscal stimulation as opposed to being its replacement.

The growth in the US economy has been proven through a number of key metrics such as growth rising from 1 – 2.9% in the past two quarters, so the road ahead looks rosy enough.

There are economists who think the FED could raise interest rates to a level at or above Australian Interest rates in 2017. The last time this occurred (2001) the Aussie dollar plunged to US48¢.

If the FED don’t align Interest rate market expectations with their own recovery plan the USD could endure as much volatility as it did in 2016.

For the first time in over 2 years the market believes that the RBA’s easing bias has ceased and that their next move is likely to be a hike; confirmed by RBA Governor Philip Lowe’s recent address, supported by valid bond market reactions.

In in the RBA’s December monetary policy meeting minutes, Lowe announced that they were going to focus more on financial risks when judging interest rate movements. This appears to be a move away from ex-governor Stevens policies and is perhaps the new hawkish mark of governor Lowe who will be focusing more on financial stability and asset prices when constructing monetary and fiscal policies.

House prices (which must be mentioned) are also too hazardous for another cut: “It (further easing) is unlikely to be in the public interest, given current projections for the economy, to encourage a noticeable rise in household indebtedness, even if doing so might encourage slightly faster consumption growth in the short term,” Dr Lowe said.

As a result, the bar has been raised for determining when interest rates should be cut which should support the AUD in the medium-long term.

Much like the American story, if inflation returns to the RBA’s 2-3% target quicker than expected (mid-2018) rates will need to increase earlier to control inflation, there in turn pushing the AUD higher.

A 0.25% cash rate rise by the RBA would putAustralia alongside New Zealand as the highest yielding economy globally, and by a long way ahead of other G10 economies. This means that demand for the AUD would continue to rise as global investors look for the highest level of guaranteed return on their cash deposits.

However as some key local data metrics such as employment, wages growth and workforce participation are deteriorating it is going to be difficult for inflation to return to the RBA target and should this situation extend, all eyes will be on Governor Lowe to cut rates.

Some (Macquarie, NAB  and other internationals detailed below) are calling for 2 rate cuts next year citing a respective disinflationary outlook and possible Quantitative Easing cycle, though still predict AUD to remain relatively buoyant based on a range of core economic factors. 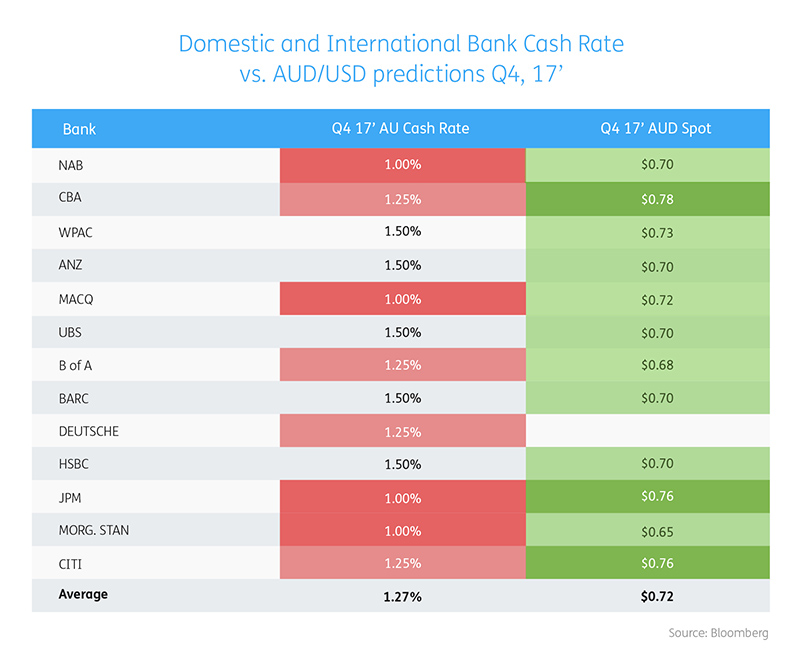 Since the low point of the commodity life cycle at the start of the 2016 (and until a recent retracement led by Iron Ore) a large basket of commodity prices including Natural Gas, Gold, Iron Ore, Copper & Coal to name a few have rebounded spectacularly as Australia’s largest mining companies have been drastically trimming their cost of production, leading to what some are calling the start of a ‘second mining boom.’

If global growth increases steadily, Australia’s metals and minerals will return to high demand and this ‘second boom’ will be very real. Principal indicator will be Trump’s ability to (or market expectation that he can) rally US Infrastructure as much as the bulls are expecting and a successful China navigation through a dubious economic period.

This event can create a dangerous amount of upside risk for our local economy and dollar, which will need to be closely supervised by the RBA over the long term. However with the recent depreciation of the AUD, the RBA can sleep easier.

Commodity traders around the globe are on the edge of their seats, awaiting Trump’s “intent to withdraw from the Trans-Pacific Partnership” between the US & China on the day he is sworn in, January 20th.  This bilateral relationship is imperative for both Commodity cycles and the AUD, as the less China can export to the US, the less it will likely import from Australia. 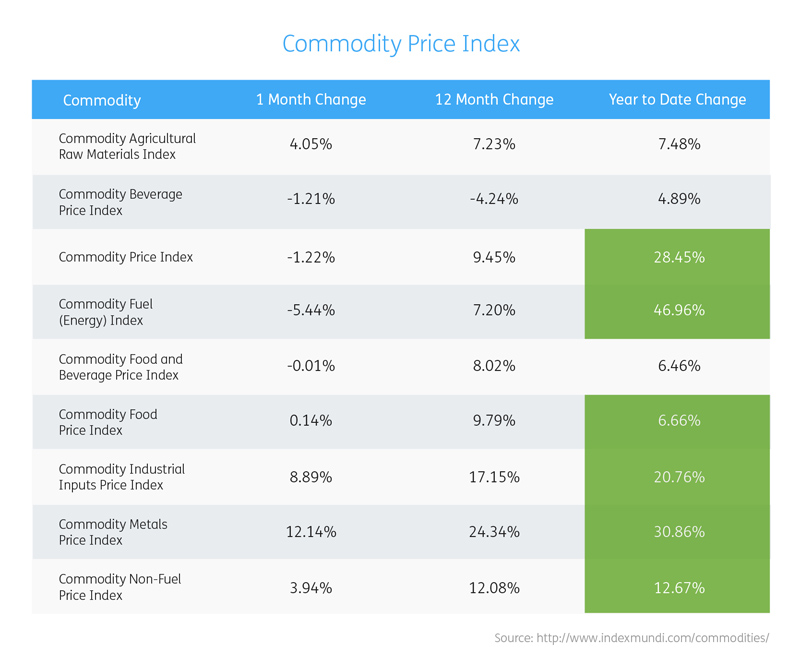 So what does this all mean for the AUD?

Most agree that the AU economy should remain relatively buoyant given the expectation that these factors will lend support to the local unit through 2017, though if March’s GDP release highlights another contraction (Sep; 0.5%) Australia will fall into a technical recession after 25 years of growth, significantly pressuring the AUD.

The battle of the AUD for investors will be between risk and value of yield (Interest rates) and that directly depends on the health of the global economy. If we’ve learnt anything in 2016 it’s expect the unexpected. The dominance of political events on fiscal markets has been extraordinary and markets in 2017 should be dominated by the consequence of such unprecedented events.

Major shock aside, a range of 0.67 – 0.77 seems likely for 2017 though more than ever in the past 2 decades, the concert of foreign economic communion will require a master conductor.